Dont drive there! The ground is surrounded by a parking permit ring of steel the like of which Ive never seen! And given the queues for the train back to Brighton, the advice given on the Football Ground Guide to park at Lewes and get the train from there is good advice indeed. Still a massive queue there too, but nowhere near as bad as heading back into the city. If you can go via Lewes on the train rather than Brighton, do it! The only upsie to the transport chaos is that public transport is free with a match ticket (or proof of purchase if you’re collecting your ticket on matchday) in a wide area around the ground on matchdays. 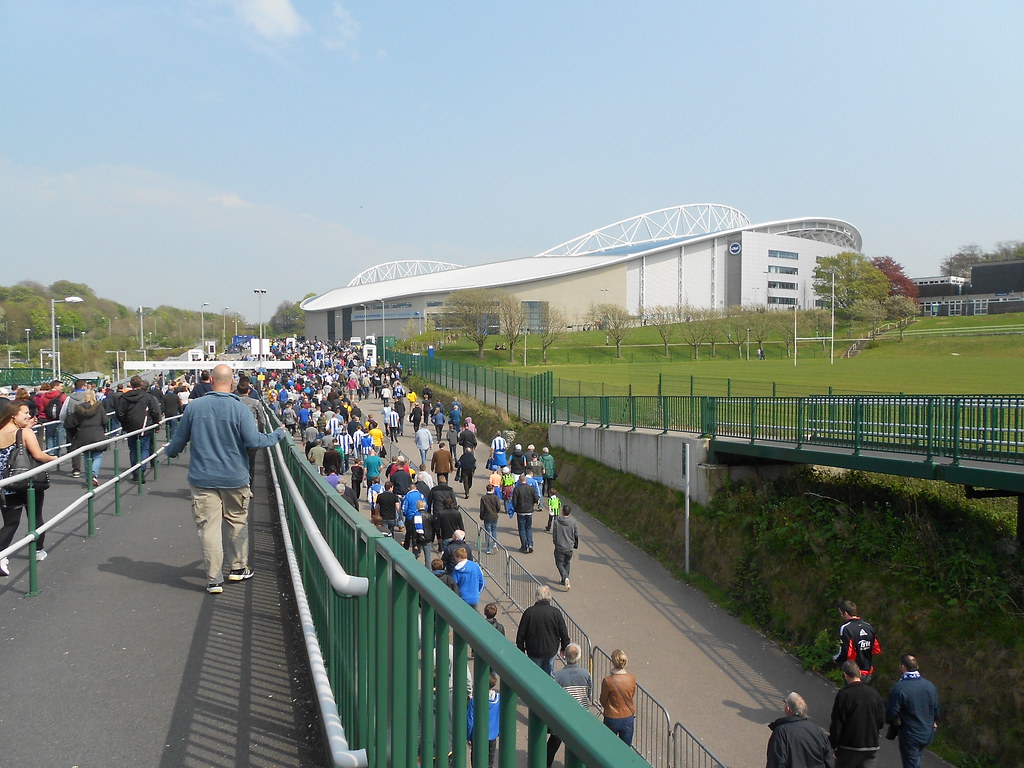 Approaching the ground from Falmer Station

There are plenty of places to eat and drink near Brighton or Lewes Stations, not a lot near the ground, but the stuff in the ground is very good if thats what you’re stuck with. The pies are pricey (probably no more than most other football grounds these days I suppose), but absolutely to die for. The bars at the ground also remain open long after the game, in an effort to alleviate the transport chaos mentioned above. 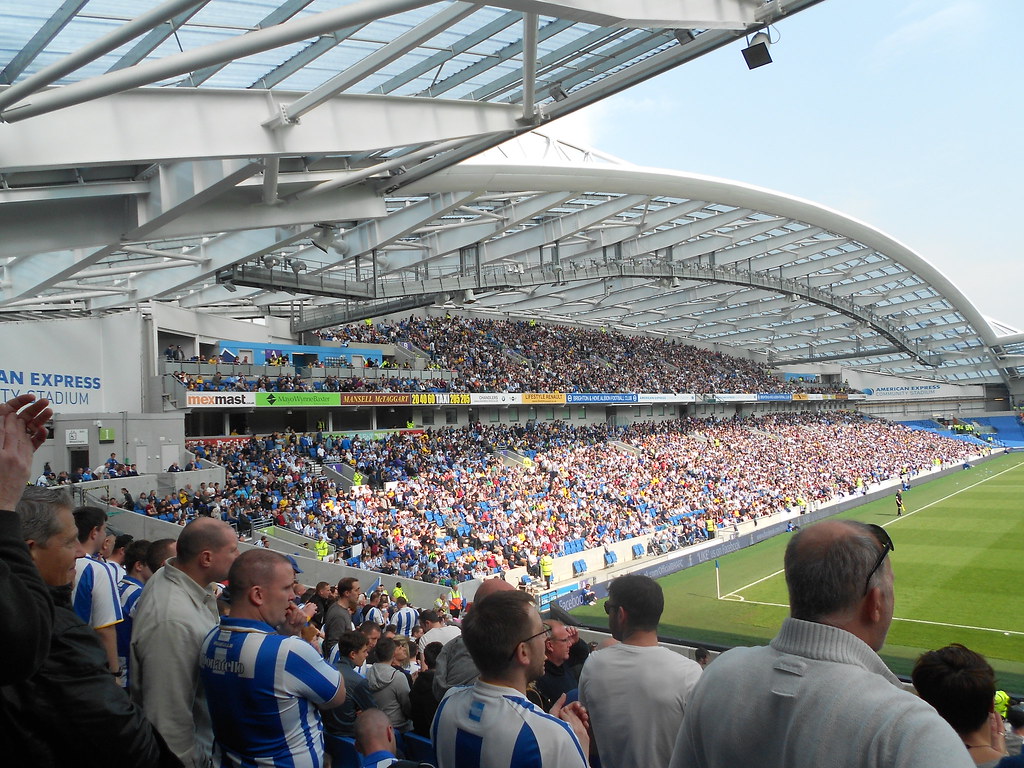 Its not even been there 2 full seasons yet, but already has had plenty of changes made with the capacity raised. The two ends are small single tiers that are dwarfed by the two much bigger sides. The two tiered East Stand on one side, and the bigger three tiered West Stand, which is reminicscent of a bit of a mix between Chelsea' s West Stand with the small middle tier, and Manchester City’s two side stands with the rounded top tier. Lovely ground to look at from the inside, only criticism is its a bit dull on the outside with no real big frontage. The ground also has the nice small padded seats they have at MK Dons, and a big screen behind each goal. 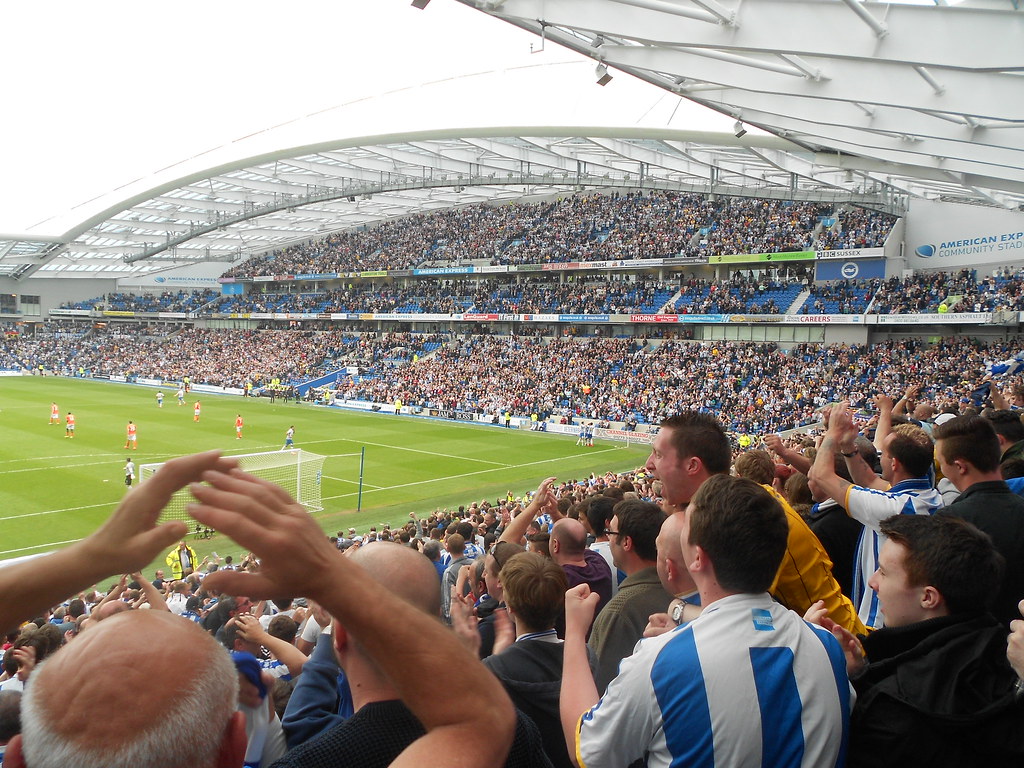 Really good, even when it was only a few singing in the North Stand, it felt very noisy, so good acoustically. 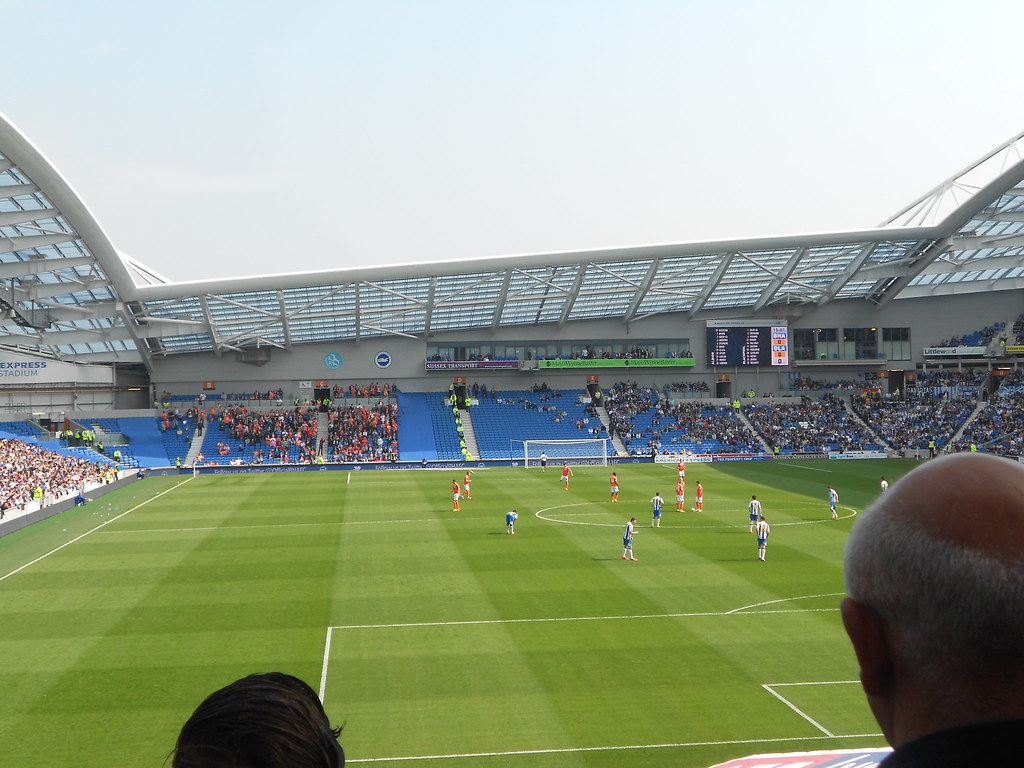 Blackpool and Brighton fans in the half empty South Stand 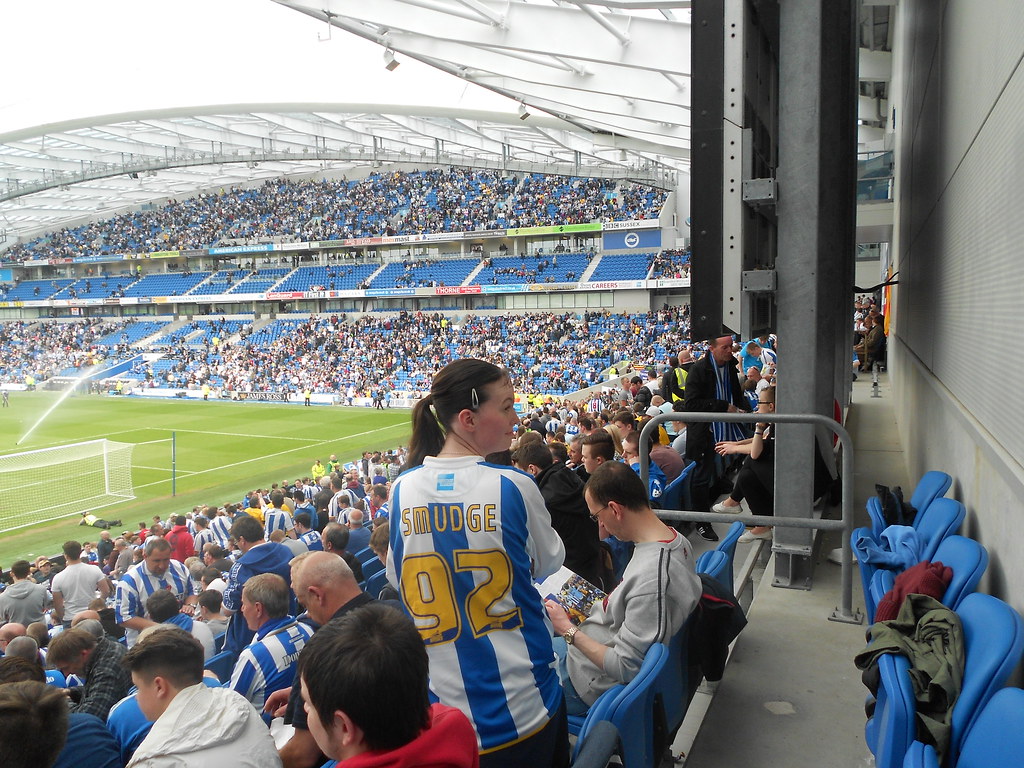 Me in my commemorative Brighton shirt after completing the 92

The transport dependency spoils what is otherwise a good day. The ground itself is up there with MK Dons and Man City as the best of the new build stadium generation by a mile.
Amex Stadium Photos
Posted by Unknown at 16:17