Hibs big problem is that Easter Road is so close to the city centre,  so can be a bugger for driving. Probably best to use the City bypass and cut out the city altogether if driving. Parking is surprisingly good though, considering it is so close to the city centre, and its all street parking. Loads of spaces to be had on any of the many side streets off Easter Road and Leith Walk. 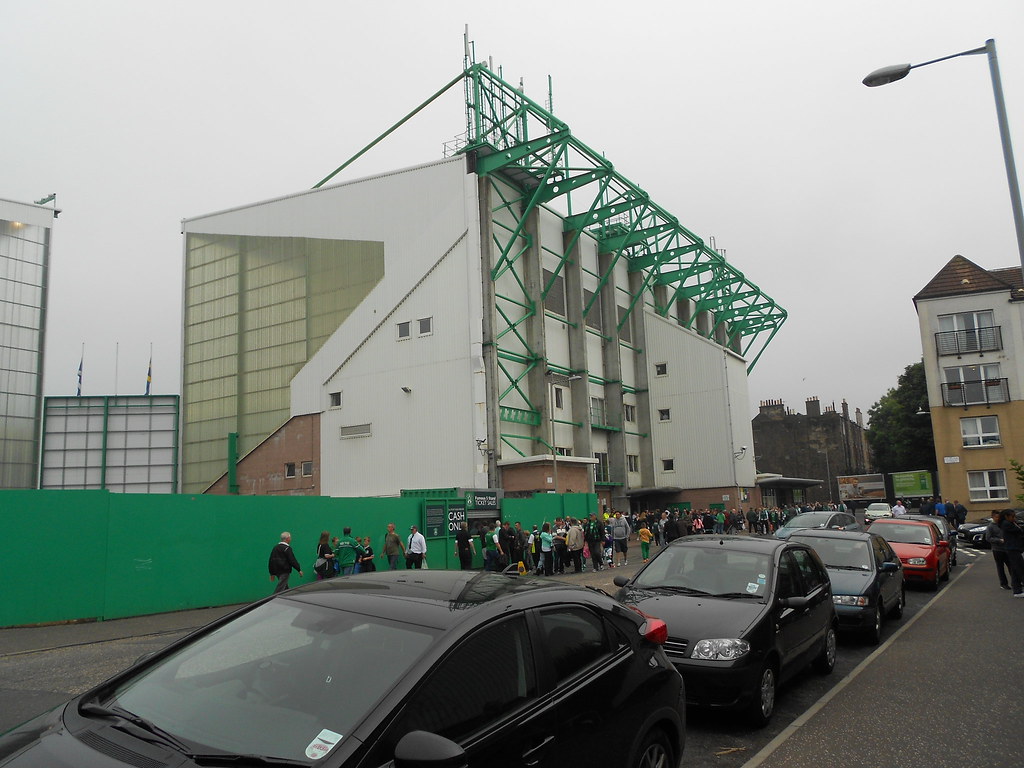 Rear of the Famous Five Stand

An absolute embarassment of riches on Easter Road and Leith Walk. Endless pubs and takeaways, and even the food in the ground was good too. They sell pizzas, which is unusual, but they were actually proper pizzas, not those pizza pods that seem to be popping up in grounds these days! 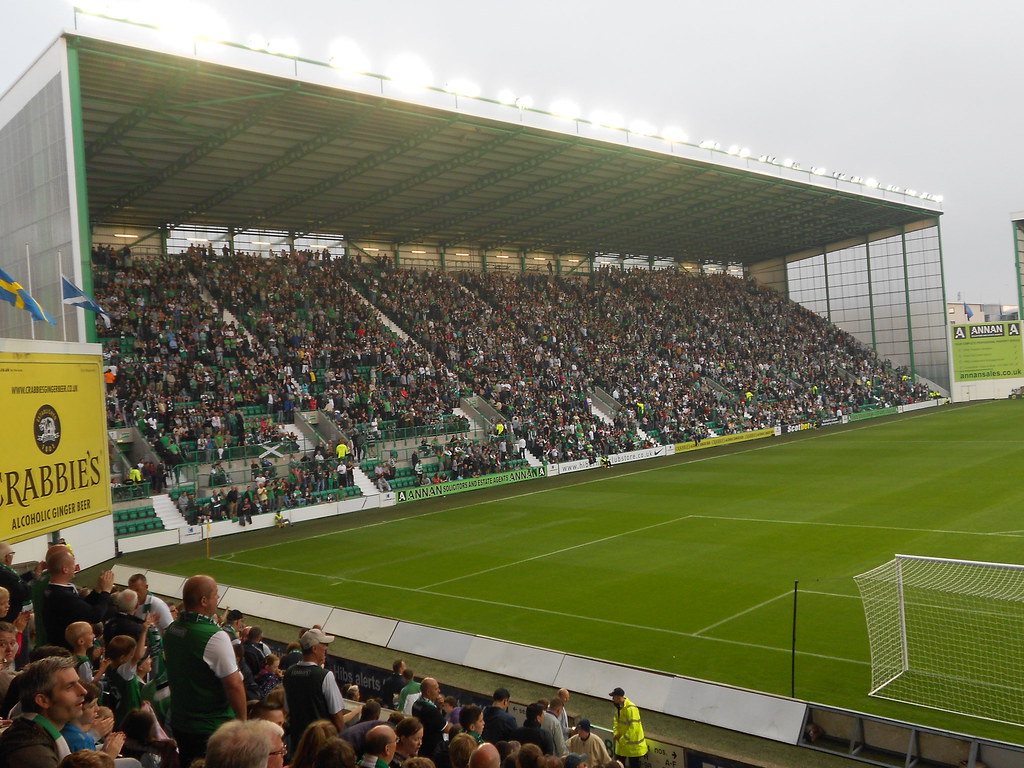 Hibs fans in the East Stand

The new East Stand which opened in 2010 has now completed the redevelopment of the ground, and its a very smart little stadium. Feels much bigger than the 20,000 it holds, with the big imposing East Stand with its single tier and good atmosphere, while the other three stands are two tiered. 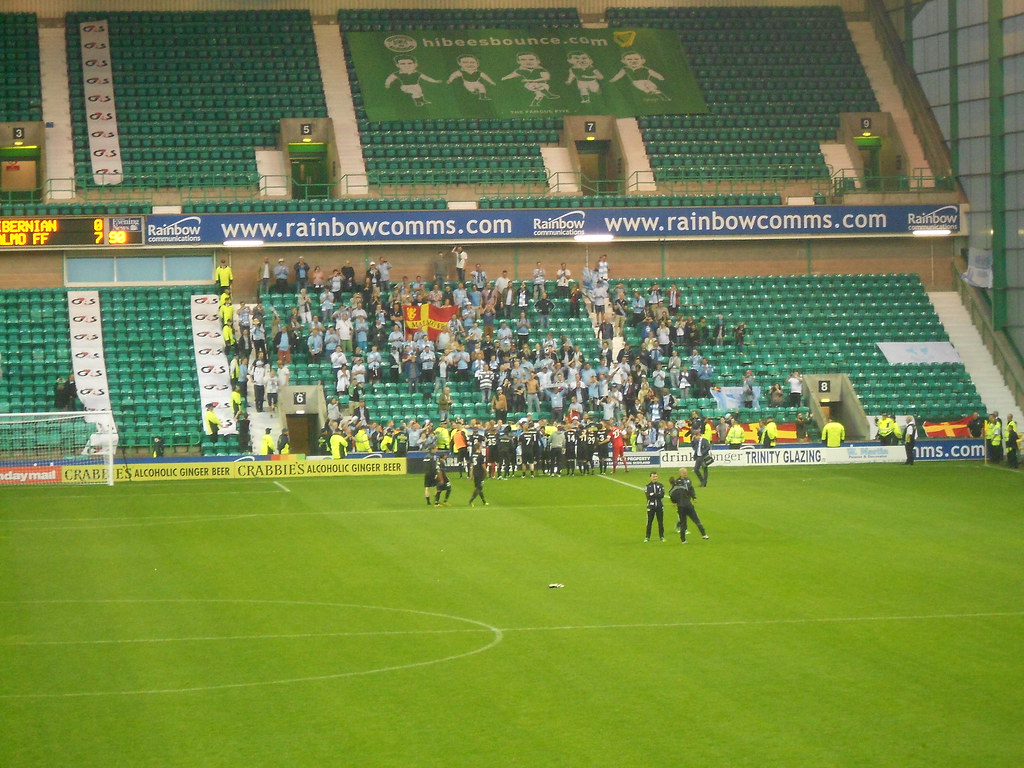 What a shame Hibs were so utterly abject on the pitch, because the atmosphere in the early stages and pre kick off was fantastic. Naturally it died once the scoreline started to get silly! The Malmo fans could be heard loud and clear throughout though, even with relatively small numbers and from the opposite end. 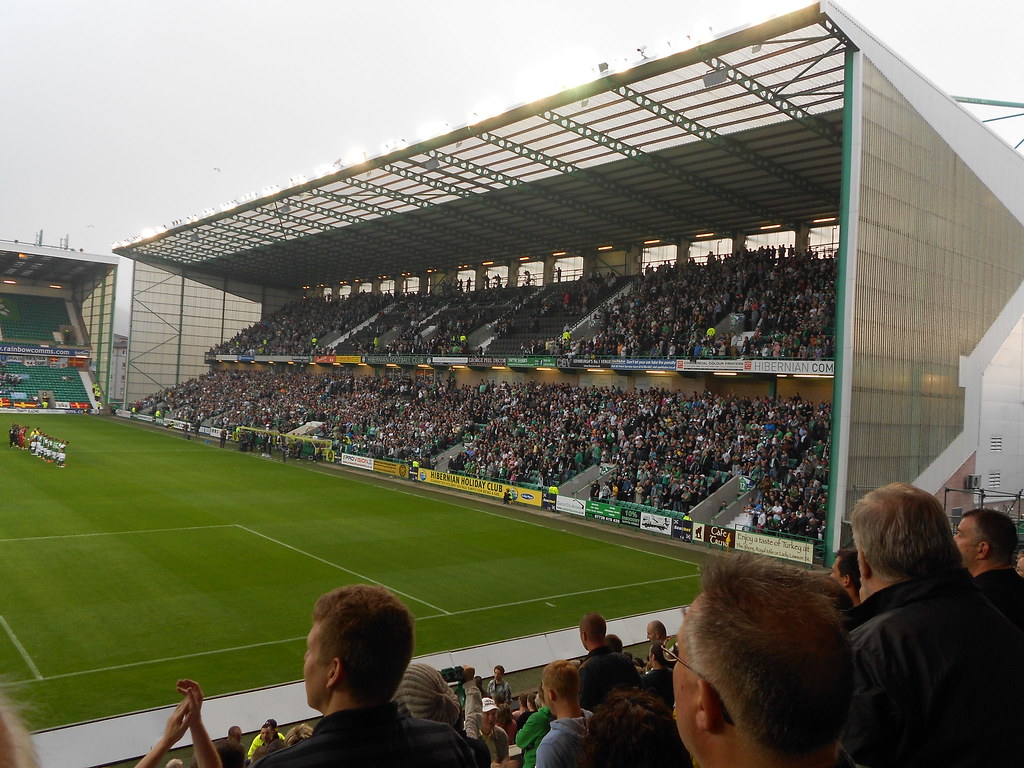 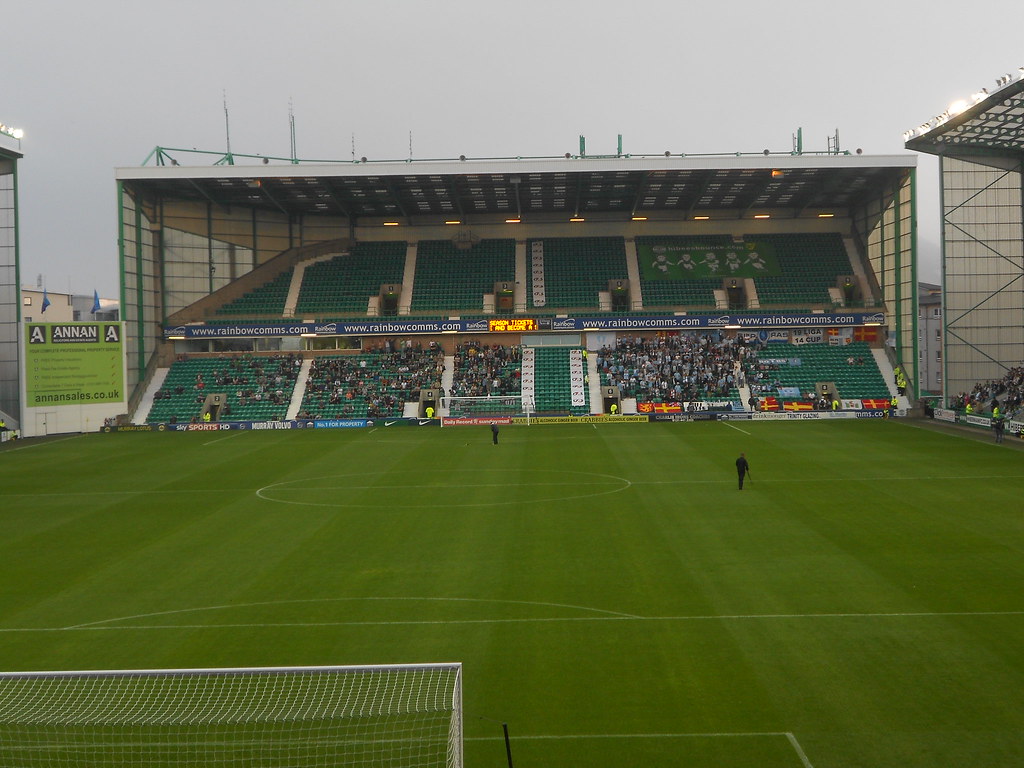 Looking towards the South Stand

Excellent little ground, and a set of fans with a world class anthem and can create a brilliant atmosphere…its just a shame their team has a habit of getting battered when Im there…
Easter Road Photos
Posted by Unknown at 15:20