I was warned that parking is awful, pre-paid permits only at the ground for a nice £6, or their own overspill for £8! A couple of estates nearby with strictly no football parking, and then absolutely nothing as the ground is in the middle of nowhere! So I took the advice of a Col U fan and parked at the train station in town for £2.10 all day and then walked round the corner and used a shuttle bus to the ground for £2. To be fair, the buses were very efficient and I was back in my car and driving by 5.15. 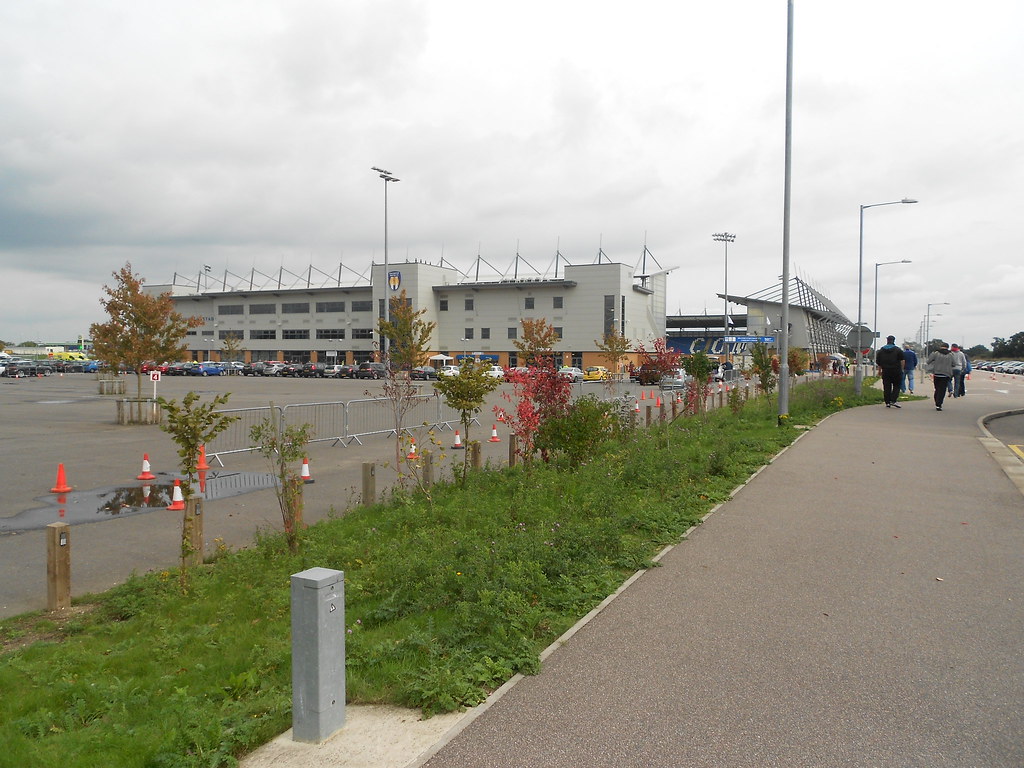 If you do the train station option, eat near there…there is nothing at the ground. Seriously, I know they keep building these grounds on the outskirts in the middle of retail parks…they havent even got that! They’ve got a tiny cafe at the ground, their version of a bar was putting picnic tables outside the South Stand, and opening the big fire exit doors so people were going into the stand, buying a pint from the bars, then coming back out! Had a pie in the ground, was very nice, but it was tiny and cost £2.80, I was starving again an hour later! 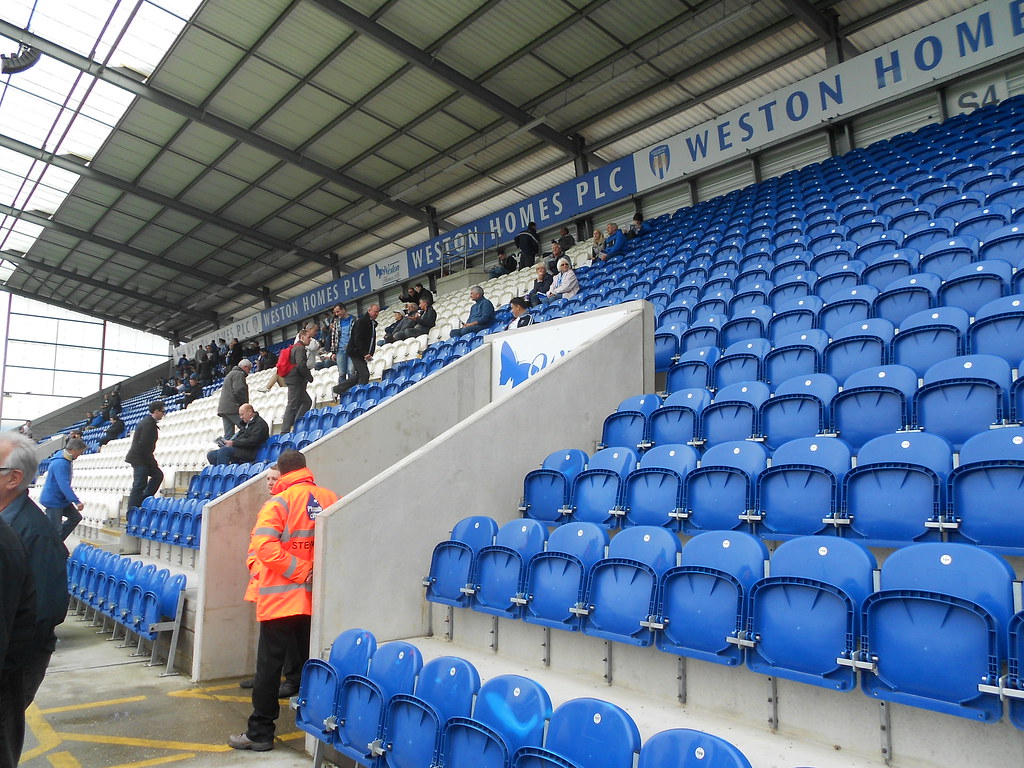 The South Stand before kick off

Another new build, near enough identical on four sides, bar the pattern in the seats. 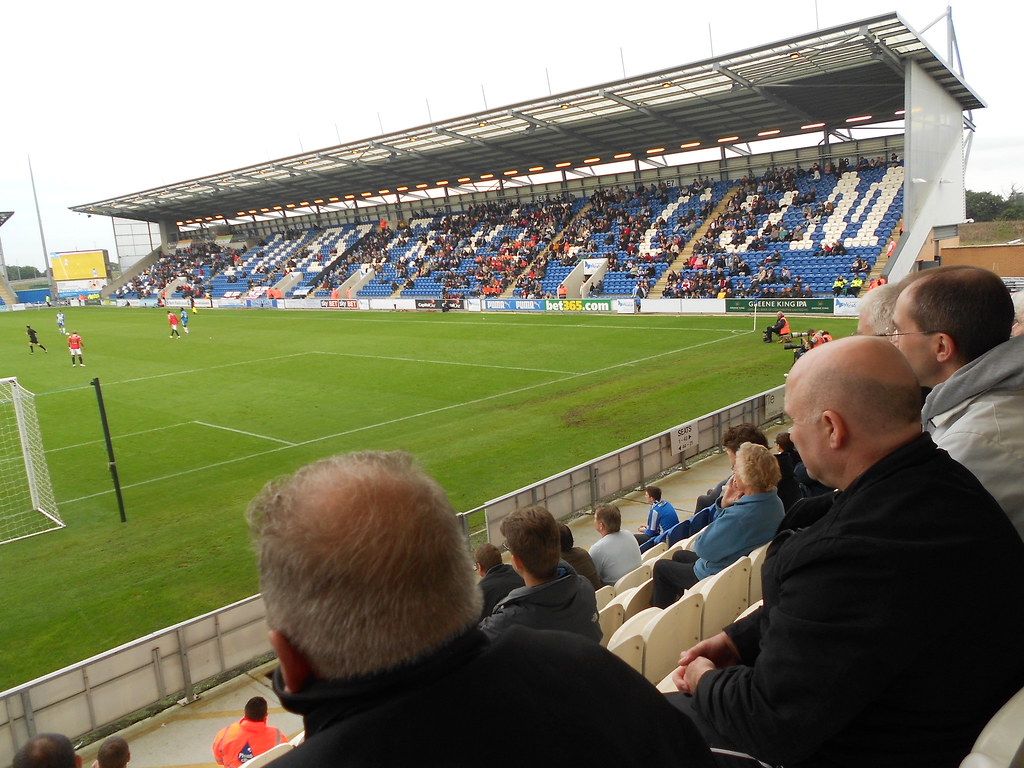 Home and away fans in the East Stand

Really poor. A few Col U fans at the back corner of the South Stand seemed to be their more vocal bunch and gave it a bit after United’s early goal, but other than that, poor. Walsall understandably didnt have many there, and the North Stand was actually empty with the Walsall fans put in a section of the East Stand instead. 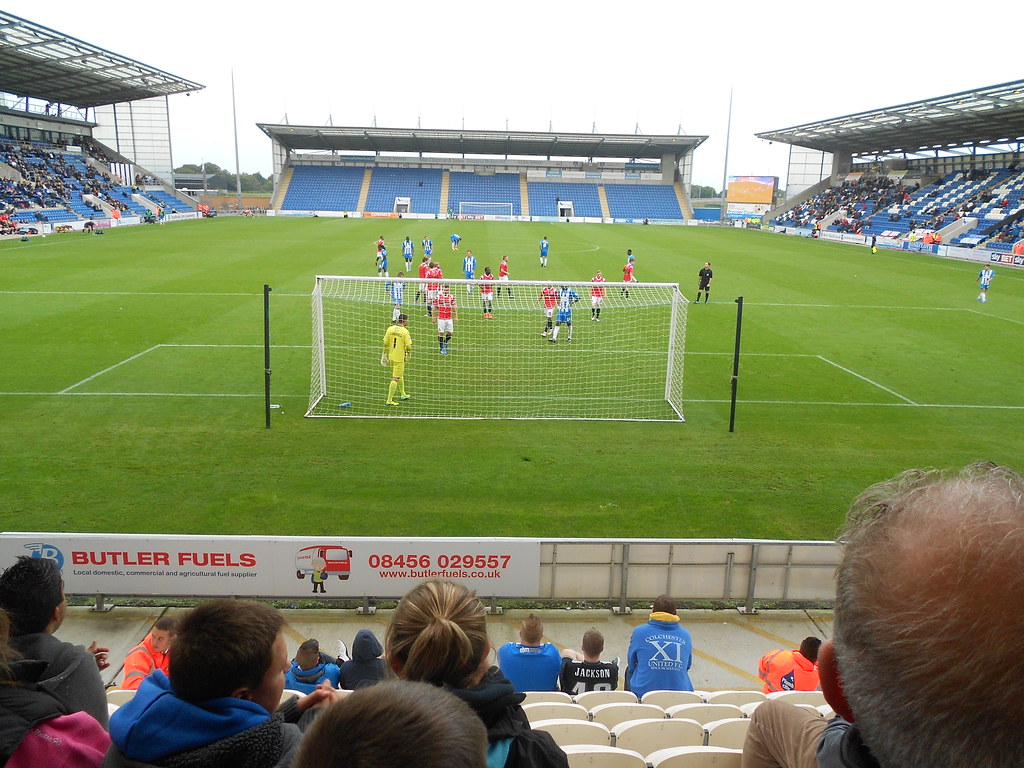 The North Stand, empty on this day

Two absolutely fantastic goals in this one, Freddie Sears scoring from the edge of the box early on, then Walsall equalising with one of the latest goals Ive ever seen, a Leighton Baines-esque free kick from Andy Taylor in the 7th minute of stoppage time! 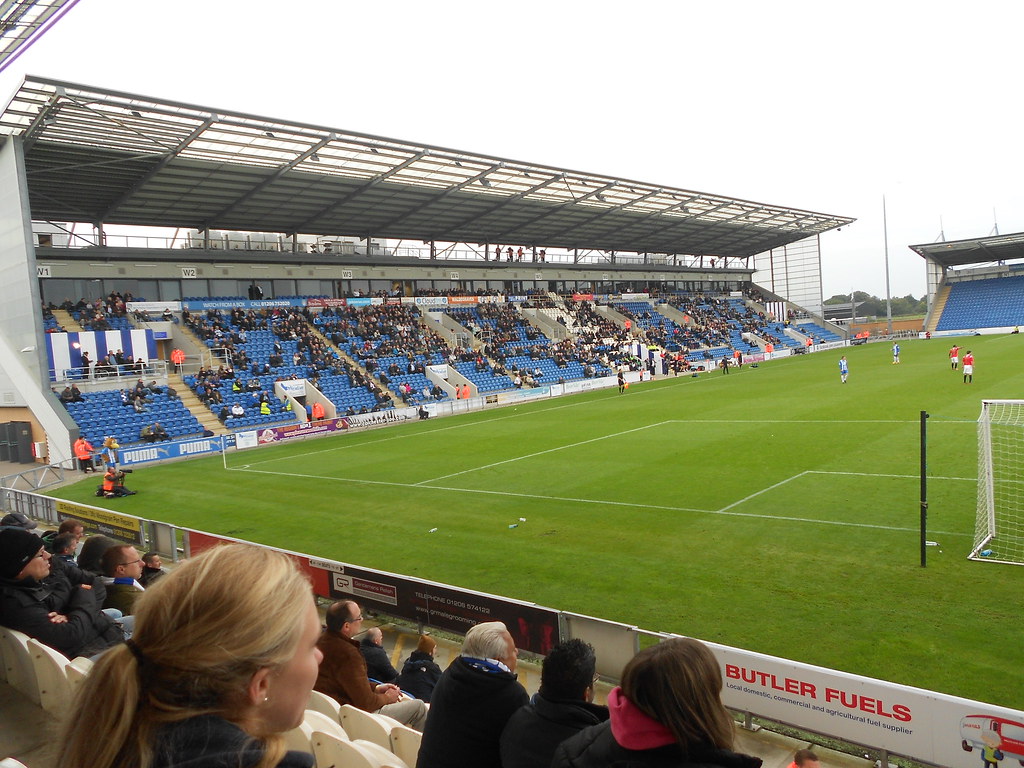 Really poor.  The future of football. Functional, get in, get out, go home and dont infect our town with football!
Weston Homes Community Stadium Photos
Posted by Unknown at 15:42