I was spending the day in London anyway, and was advised that the nearest Tube station at Canon's Park on the Jubilee Line has a large car park for only £2 for all day on a Saturday. Made sense to park there anyway as the station is only a 5-10 minute walk from the ground. Just be aware that if you're coming into London on the train via Euston or wherever, Canon's Park is at least 25 minutes away on the Tube, so dont leave it too late! There is a car park at the ground, but it looks like it takes a long time getting away, as I could still see the queues as the train passed the ground on my way back into London. 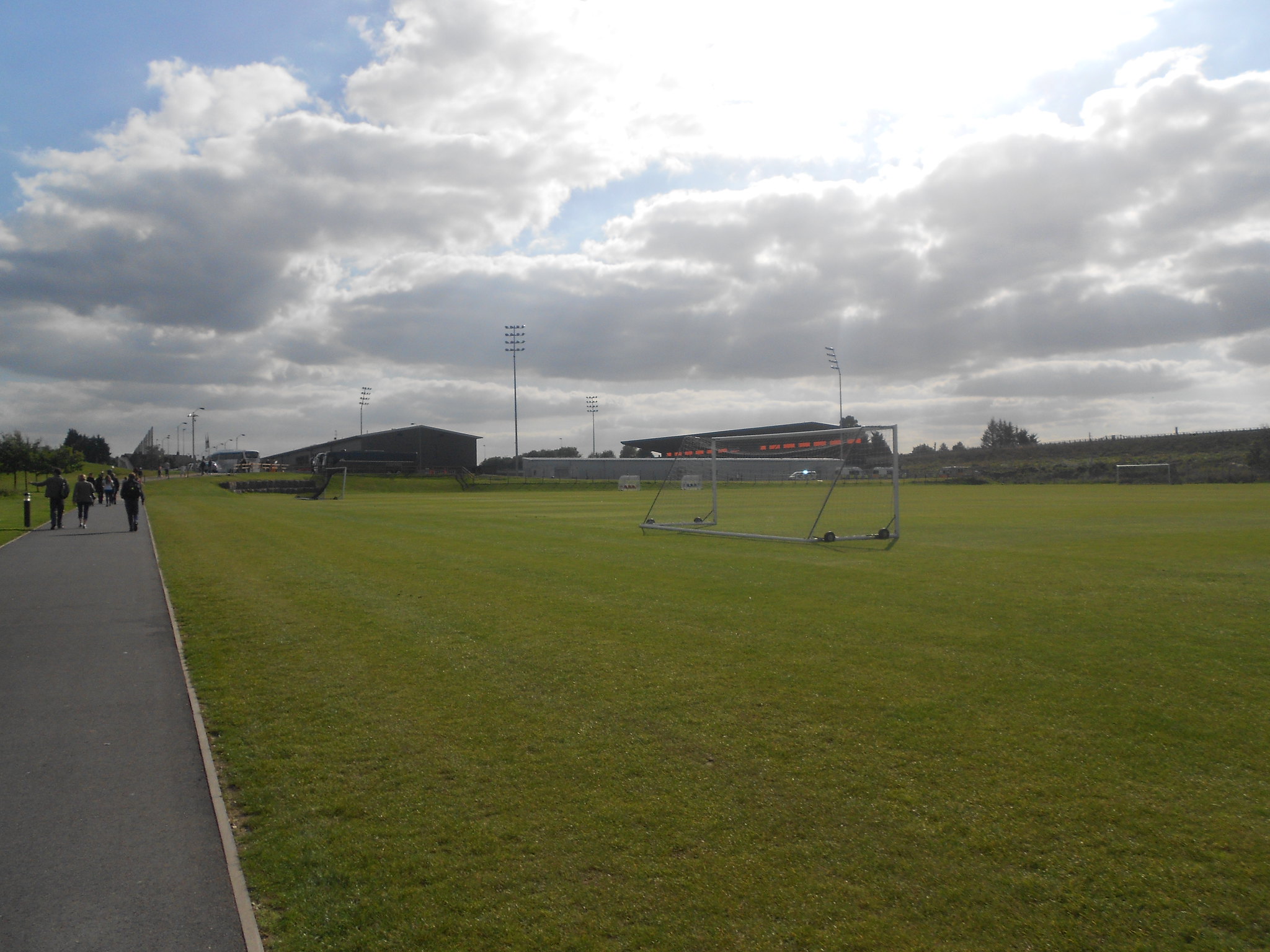 The Hive complex and training pitches

I was late arriving from Central London so didnt have time to look around. The ground is built on Barnet's former training ground, so it is understandably a little isolated. They have a few cafes and bars and things on site at the ground though to make up for it, though I cant speak for their quality. Even with small crowds, the queues get quite big at the kiosks in the ground. 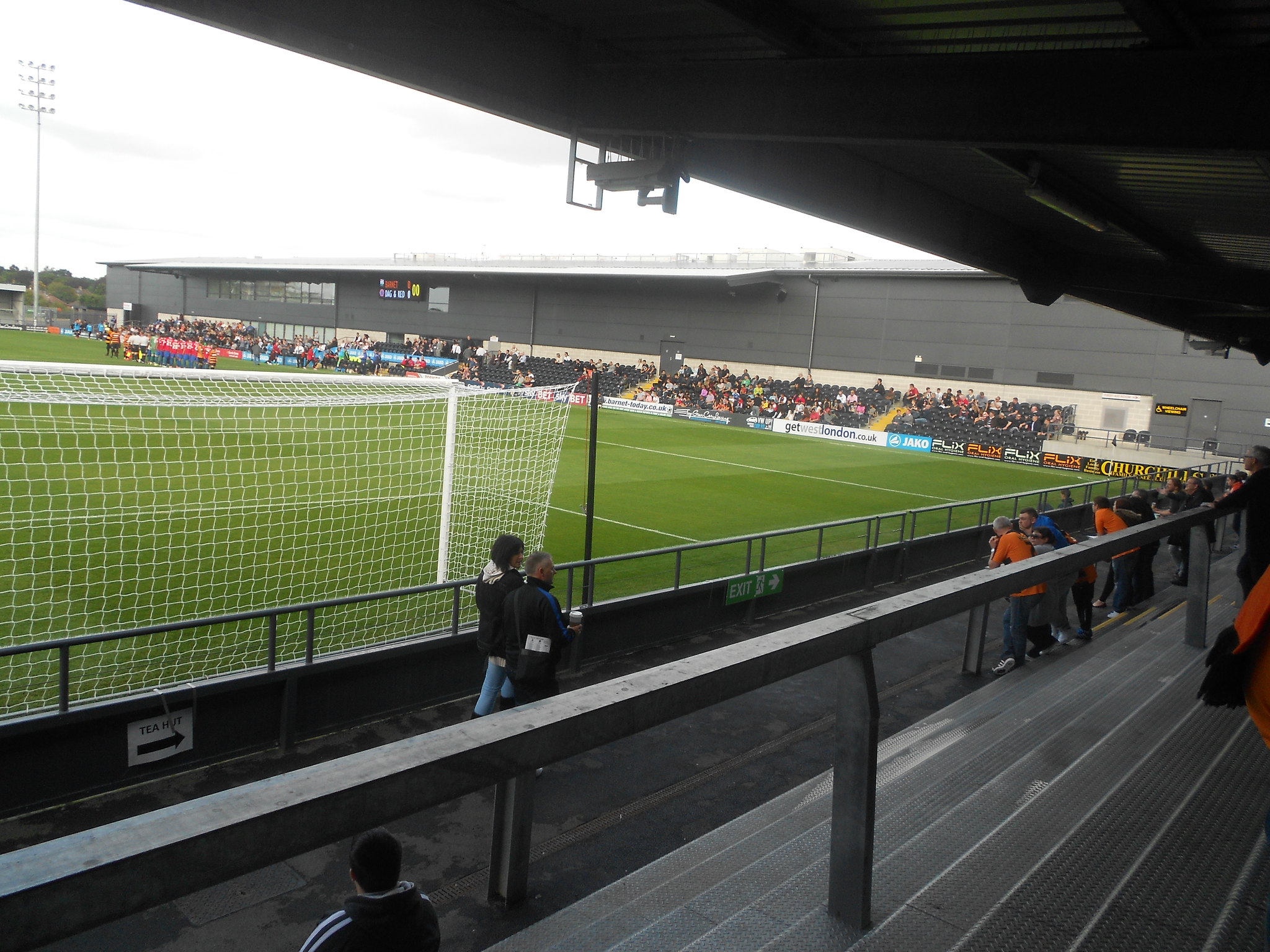 The East Stand and offices

Barnet have done well to turn what was effectively a few training pitches and an office building into something resembling a home. A small covered terrace at either end, and the big all seater West Stand are all solid, just the East Stand spoils the overall look of the place as its basically an office building with a few rows of seats shoehorned in. Its okay though, and something as simple as a bit of colour in the East Stand cladding and the terraces would be all it really needs to bring it a bit more to life. 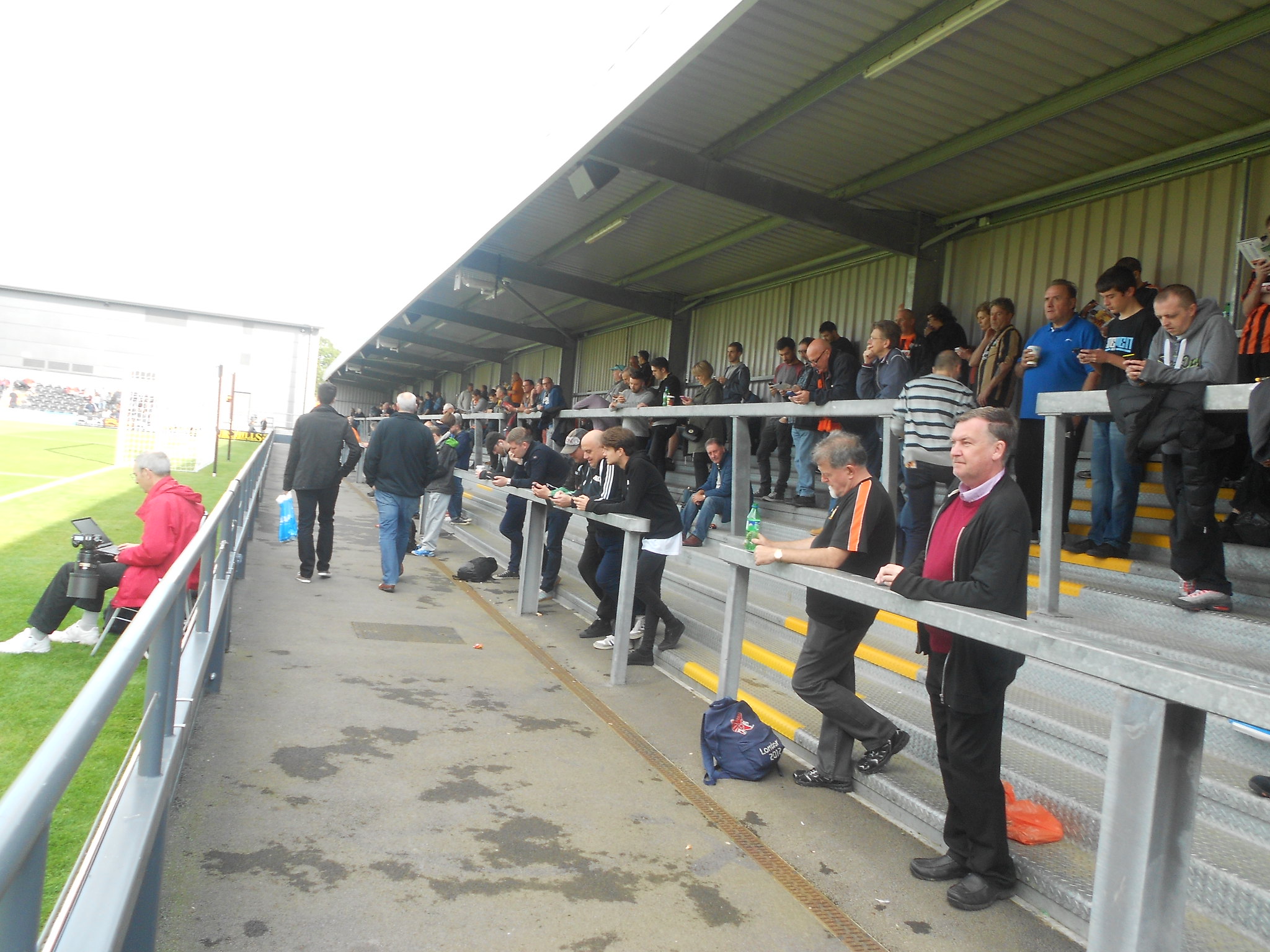 The South Terrace at half time

Not fantastic, but it picked up a bit second half. Probably didnt help that in this game, Dagenham only brought a couple of hundred fans, so were all seated in the West Stand with the away terrace left empty. Daggers fans were quite noisy early in the game, but understandably shut up a bit once it became apparent how awful their team were playing. 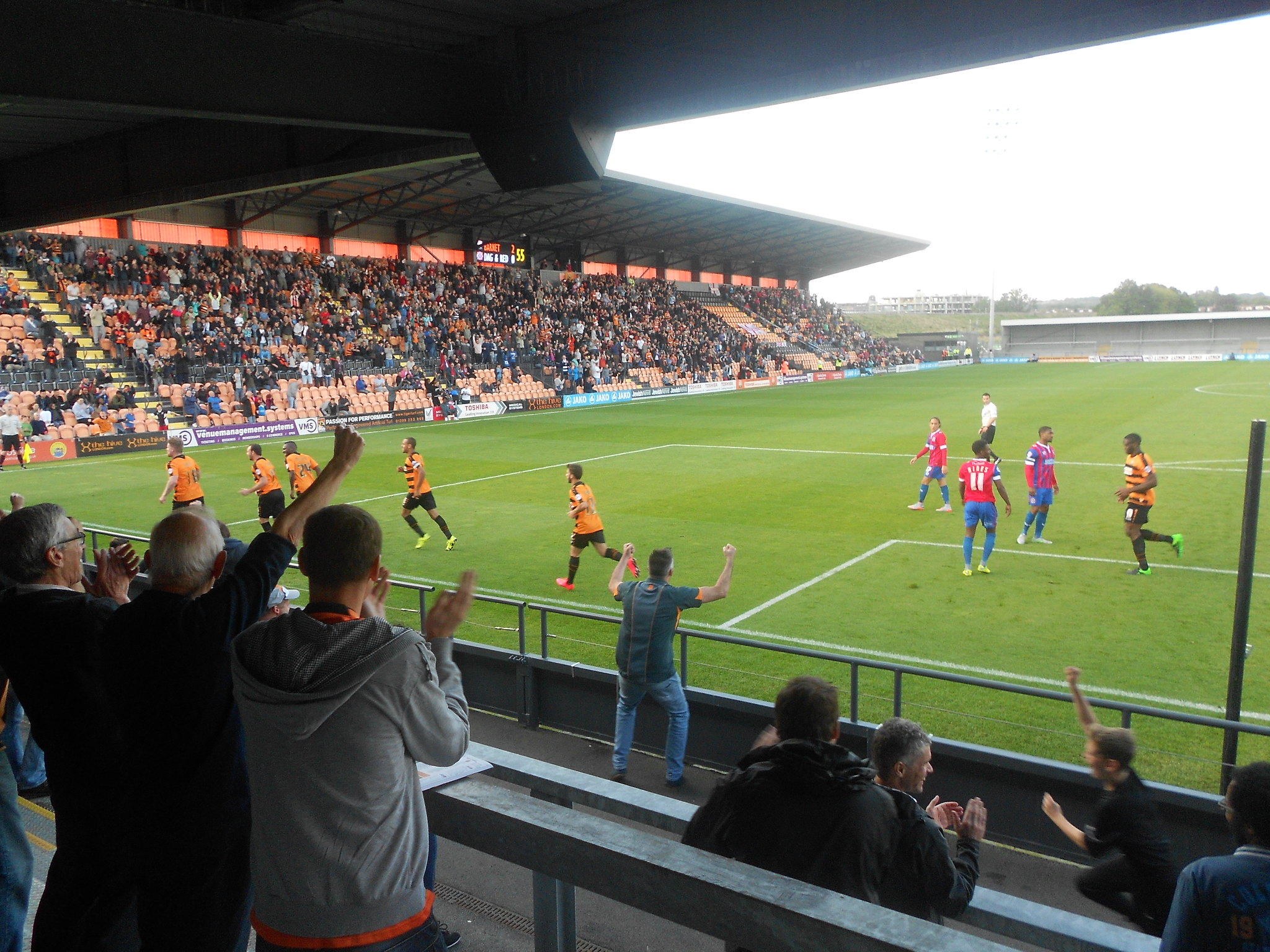 Both sets of fans in the West Stand, as Barnet celebrate their third goal

Michael Gash scored twice for Barnet...cue the more than a little bit comical chorus of 'We all love Gash' from the Barnet fans! 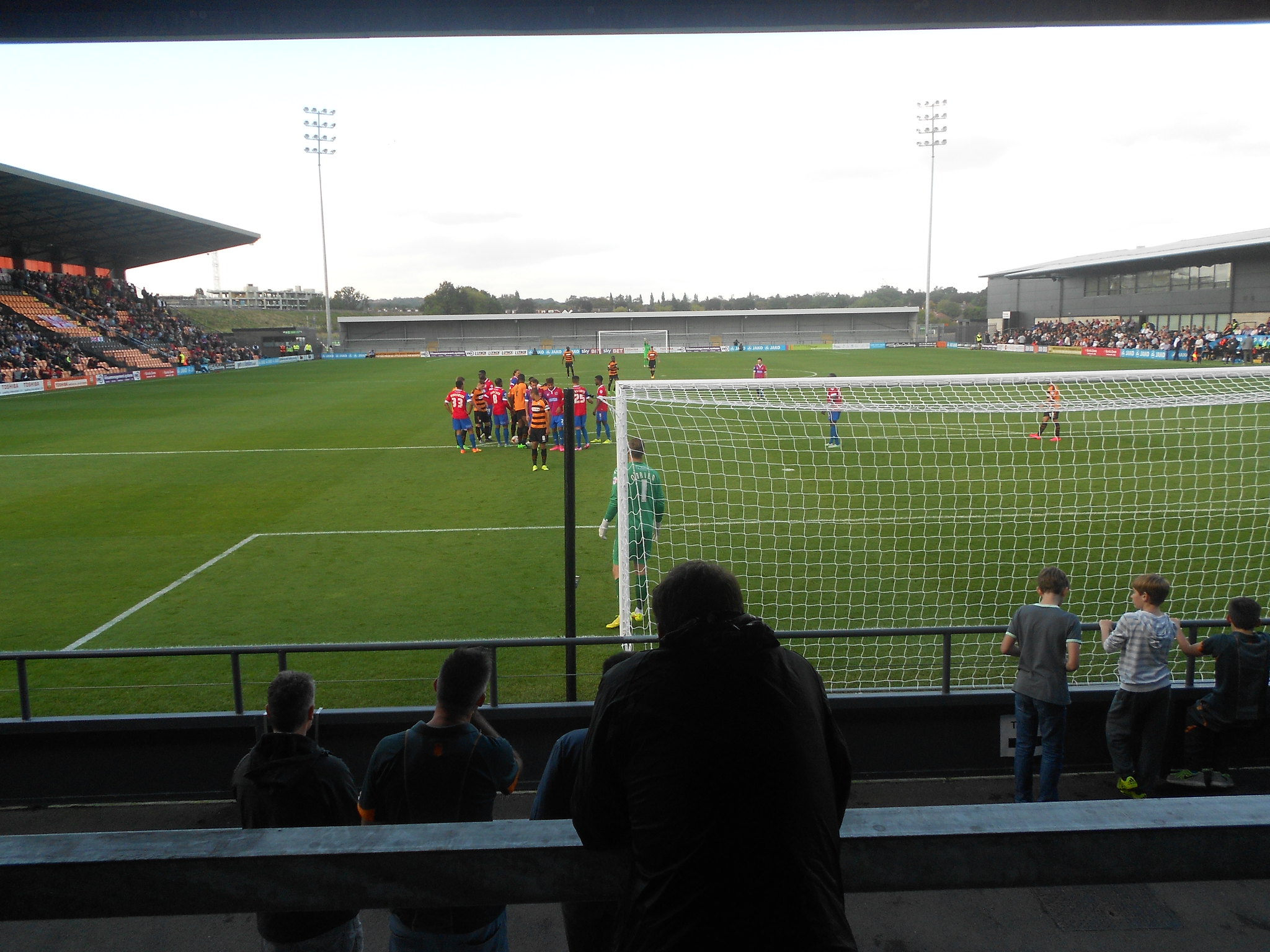 Looking towards the empty North Terrace

Obviously doesnt have any of the character Underhill did, but considering Barnet were effectively homeless when they left there, they are doing very well turning this place into a proper home.
Underhill and The Hive Photos
Posted by Unknown at 04:50