Well now for something completely different! Not only my first time outside of Europe, but my first baseball game! New York has a subway train system, so this seemed the easiest way to get there. Mets-Willets Point is a dedicated subway station perched pretty handily in between Citi Field, and the US Open Tennis venue Flushing Meadows in Corona Park in Queens. As such, its a station pretty used to be big crowds and events so there was no waiting afterwards, with passengers very handily split between local and express trains, so we didnt have to stop at every stop. Apart from the fact we were staying in Brooklyn so didnt get home until about midnight, about as convenient as it gets. 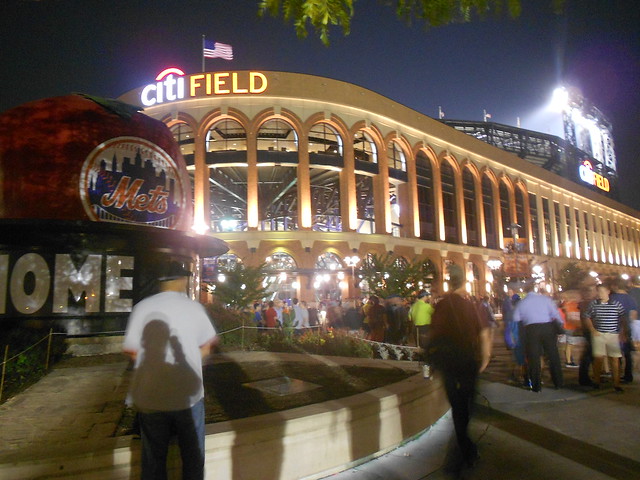 Extortionately priced to an obscene degree. It was good at least, and a hell of a lot of choice. Also, unlike football here, you can drink a can of beer watching the game. Run out? Dont even get up, just wave down the guy walking around with a cool box selling more! They also sell deep fried Oreos...cant say I was tempted... 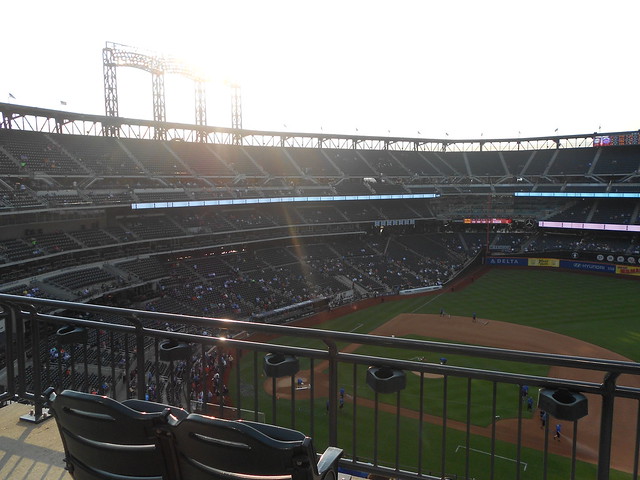 Baseball stadiums have a very different layout, in that are quite often built up on three sides, with a much lower fourth side opposite home plate. Citi Field has two big screens in this area with all the stats you could ever possibly want about both teams and the game, as well has having a little scoreboard down one side with the latest scores from all the other games constantly displayed. Prices in baseball vary greatly, from under $20 for the cheap seats, like up in the Gods where we were, to over $200 for the best seats in the house. It may not have been as close to the action at the top, but gave a great view of the game overall. 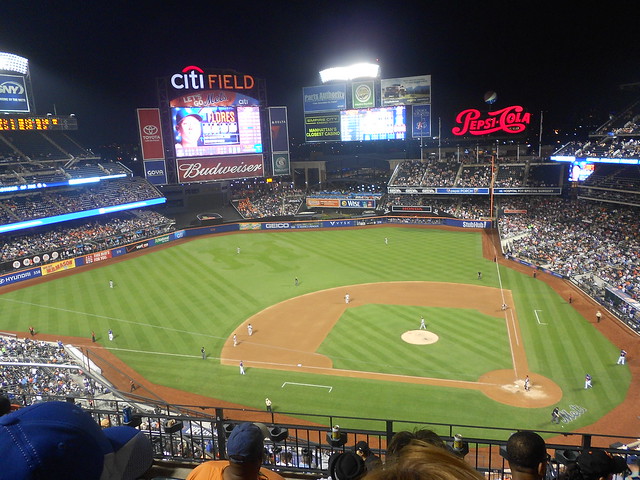 General view of the action under the floodlights

Very different to football, Ill say that! Its a much more sedate and less tribal game I suppose, so thats to be expected. A lot of any atmosphere there was felt very false and manufactured, with the big screen constantly prompting various different bits like songs or a 'noise-o-meter,' which generally just made everyone start screaming really loud. The National Anthem is also sung before the start of every game, as well as Take Me Out To the Ball Game at the 7th inning stretch...seemingly so called because by that point, most of the crowd are starting to vegetate so need to be prompted to get off their backsides and have a stretch! 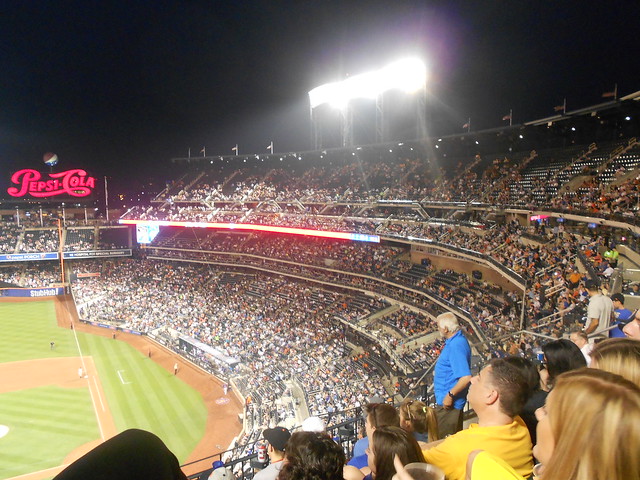 Citi Field is built adjacent to the site of the club's former home, Shea Stadium. The club have retained the tradition of the 'Home Run Apple,' which rises from its hiding place when the Mets hit a home run. The original apple used at Shea Stadium is outside the main entrance to the stadium, which is modelled on the Brooklyn Dodgers' former Ebbet's Field home, demolished in 1960 when the Dodgers moved to Los Angeles. The Mets are seen as a continuation of the Dodgers in New York. There were three home runs scored on my visit...sadly all of them by San Francisco players! 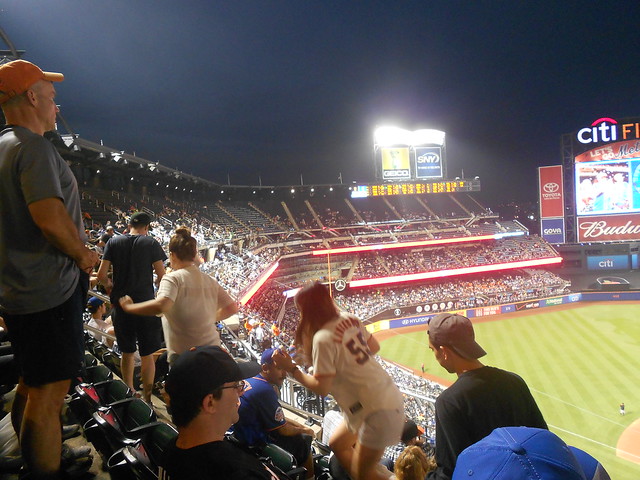 Very different in design and attitude to football in Europe. But something well worth doing. Certainly not a bad way to pass a gorgeous summer evening should you ever find yourself in New York!
Citi Field Photos
Posted by Unknown at 14:42