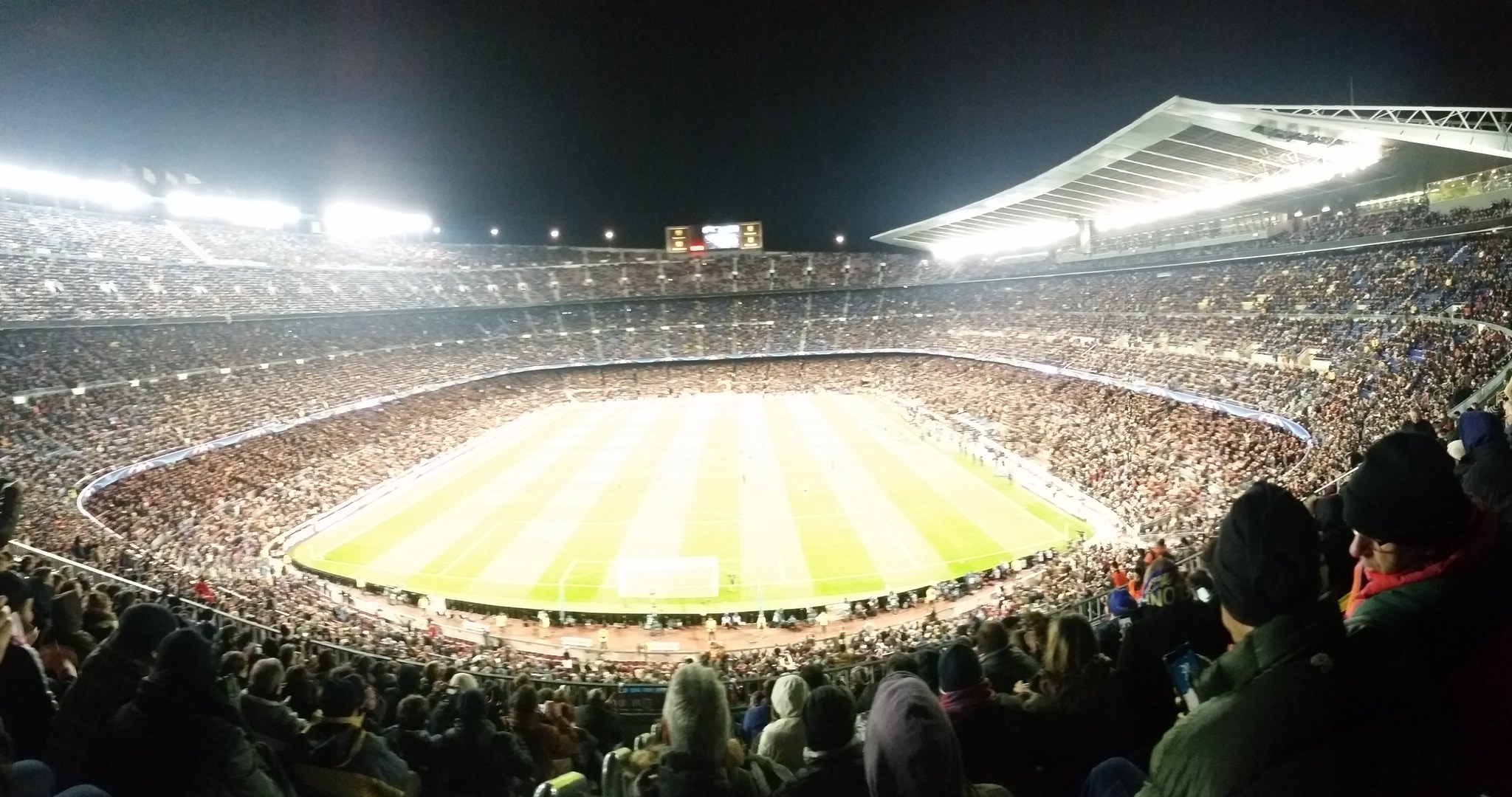 We stayed near Placa De Catalunya in the city centre for 2 nights. The Barcelona Metro is excellent, cheap and efficient, we paid less than 10 Euros for a 10 journey ticket, and there was a direct Metro from Passeig De Gracia near the hotel, to Les Corts near the ground. There are also a few others near the ground within walking distance, and we were back in the hotel about an hour after full time. 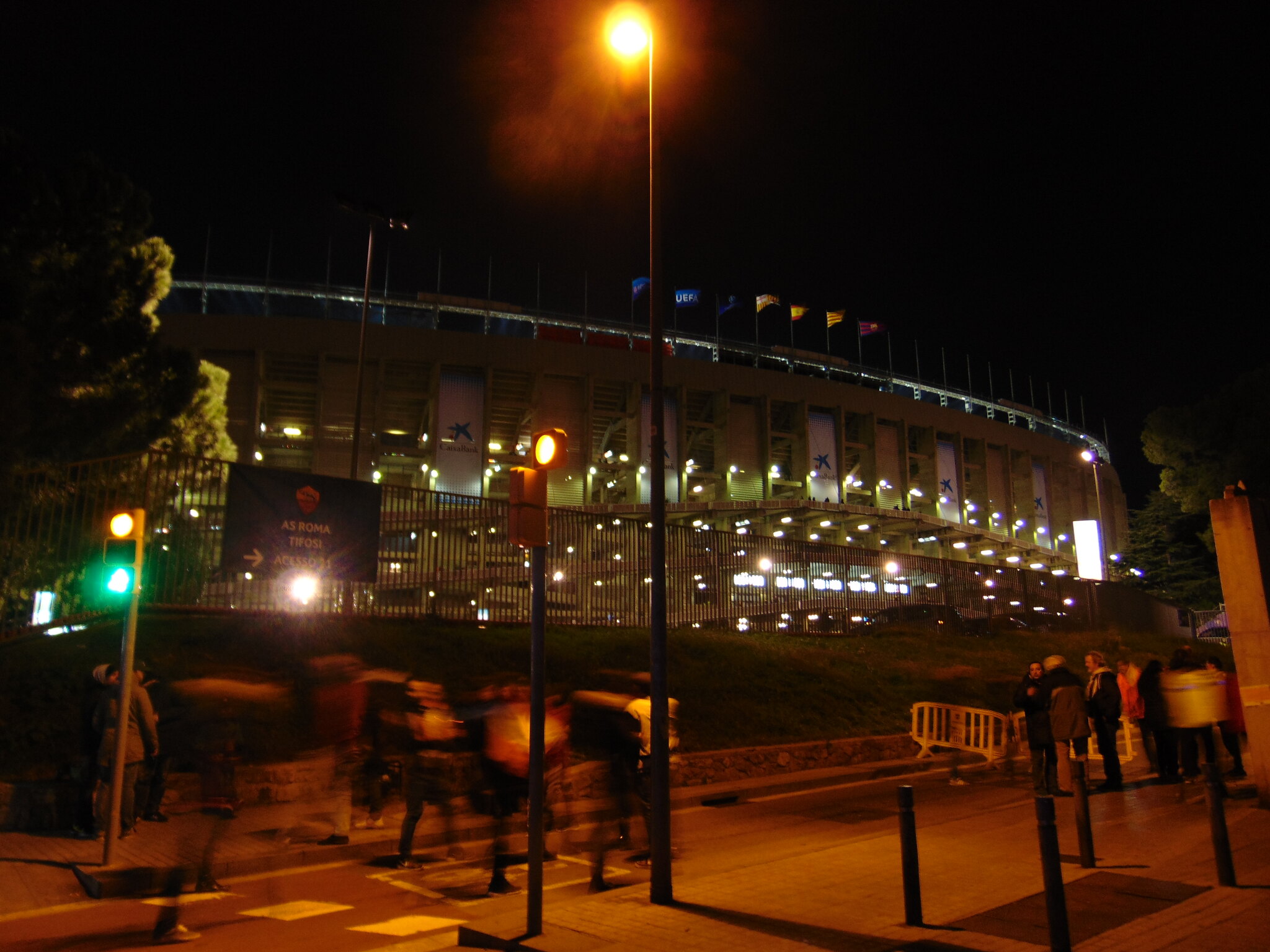 I deliberately waited until we were in the ground to eat as Im always curious if football food in other countries is any better than what we have! In this case, no! Sausages the only hot food option, and while it was edible, it was pretty cold and not all that good! Loads of cafes and place to eat on the walk from Les Corts, and a 'social area' just outside the ground too, so plenty of options. 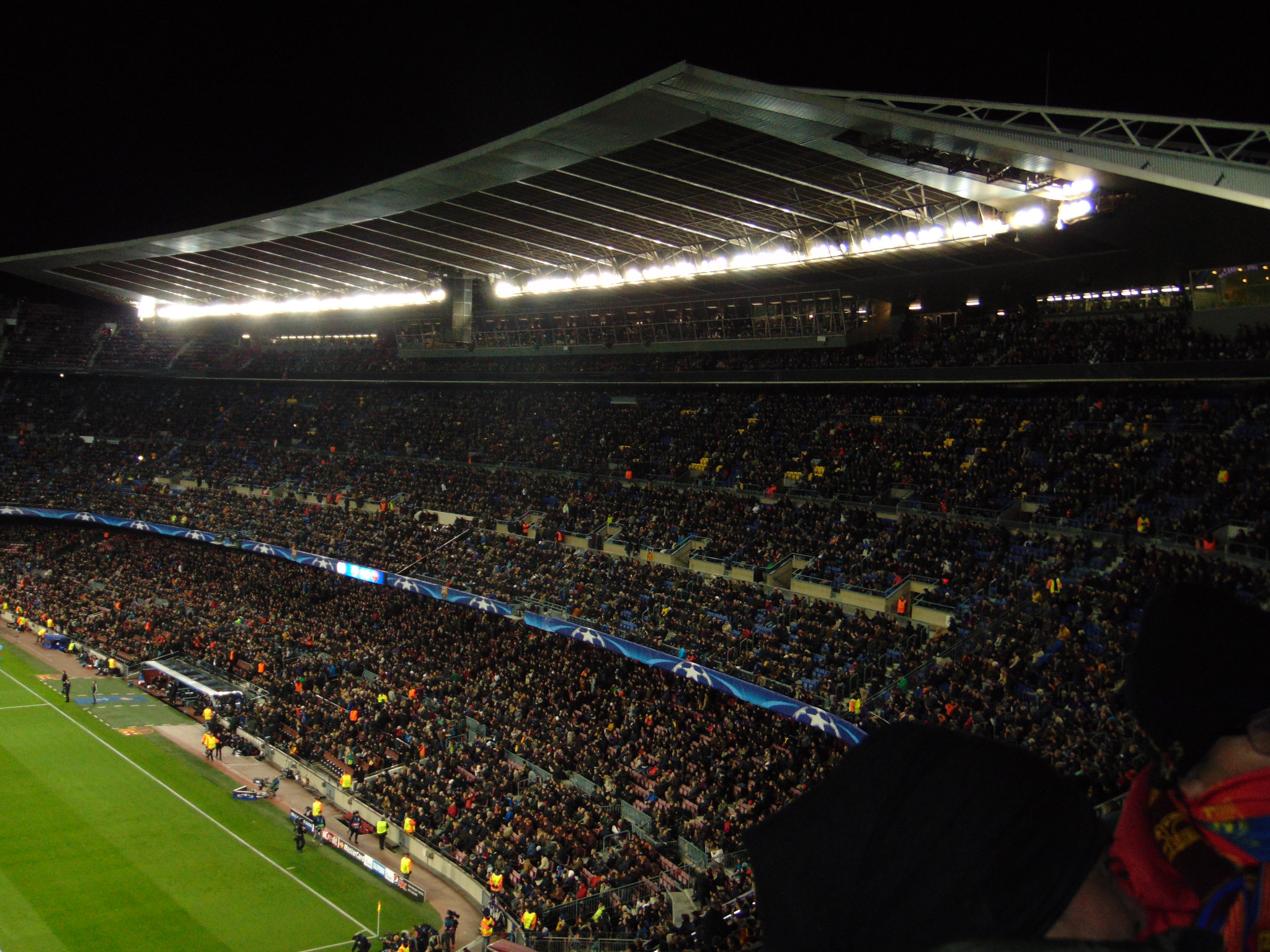 What can you say other than wow? Biggest stadium Ive ever been to, and while it's a bit ugly and unassuming on the outside, it takes your breath away inside. Cant say Id have liked to have been in that high up away end where the Roma fans were, but where we were in the second tier was flawless. 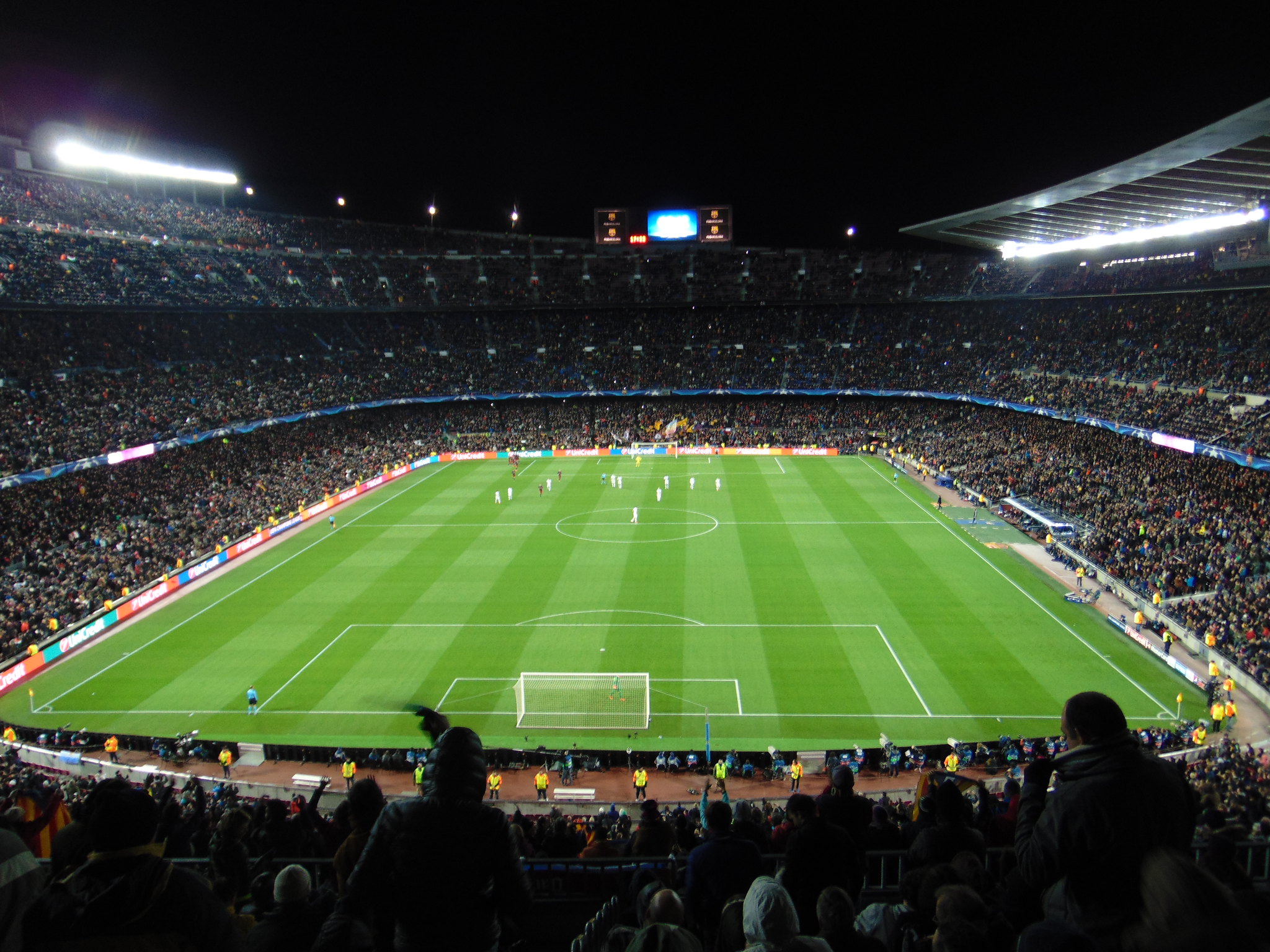 I wasnt expecting it to be brilliant, I think the nature of the bigger clubs and the kind of expectations they have, a lot of them are quite disappointing. It wasnt bad though, and was quite consistent throughout. The Roma fans were very loud, and even getting smashed on the pitch and being up in the gods, they made themselves heard. 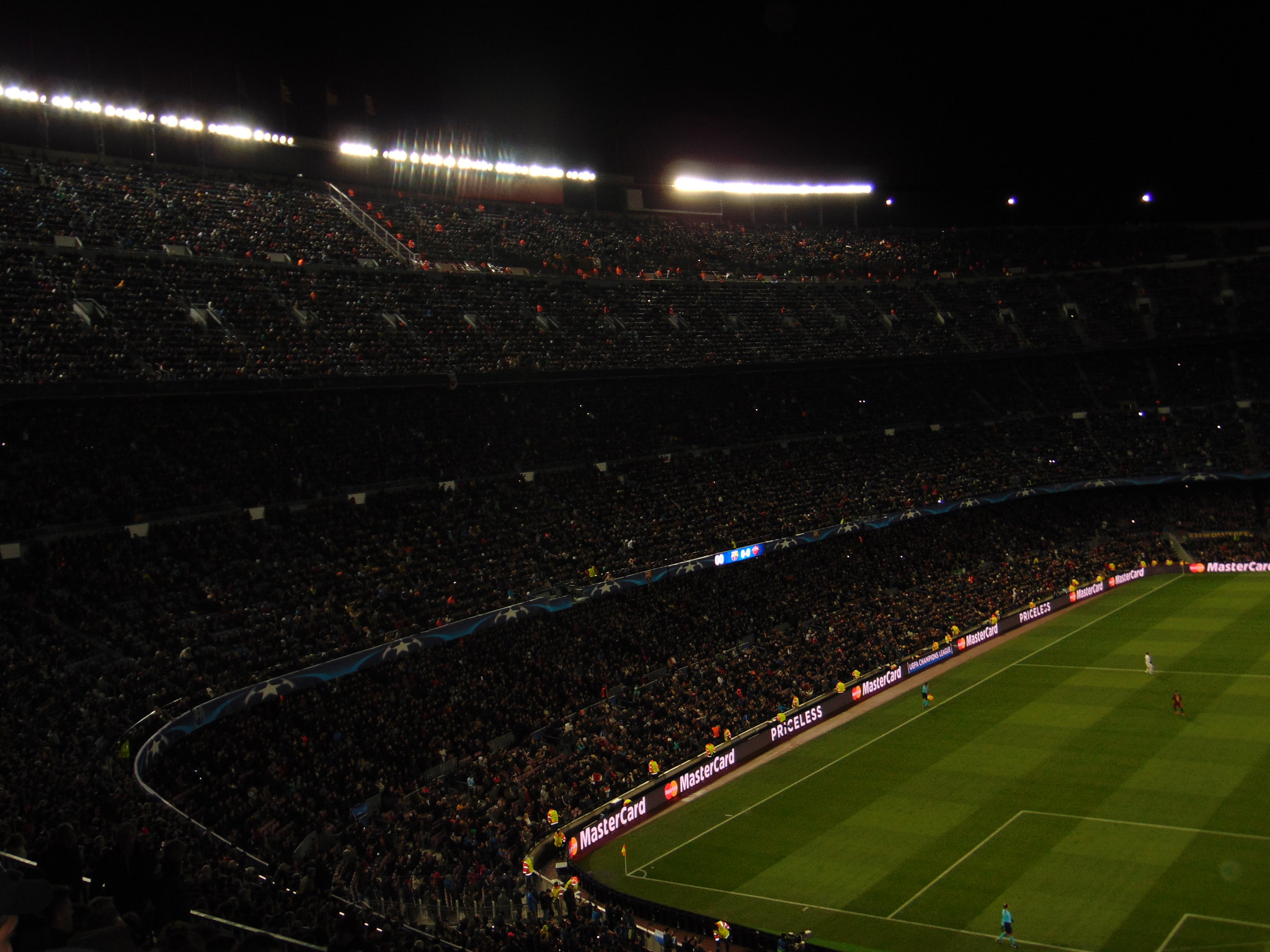 Barcelona of course have a lot of identity with Catalonia, and they protested during the playing of the Champions League anthem and several times during the game by waving thousands of Catalan flags and chanting something. I later found out it was in reference to UEFA fining Barcelona for displaying a large Catalan banner during last season's Champions League Final, and again against Leverkeusen this season. Its also a bit of a hot topic around here lately with the push for Catalan independence.

If you do visit Barcelona and get the chance, then do the ground tour and museum. Well worth the money, you get to see every inch of the stadium, the club museum, walk around pitchside and right up to the press box and everywhere in between. Brilliant experience well worth doing. 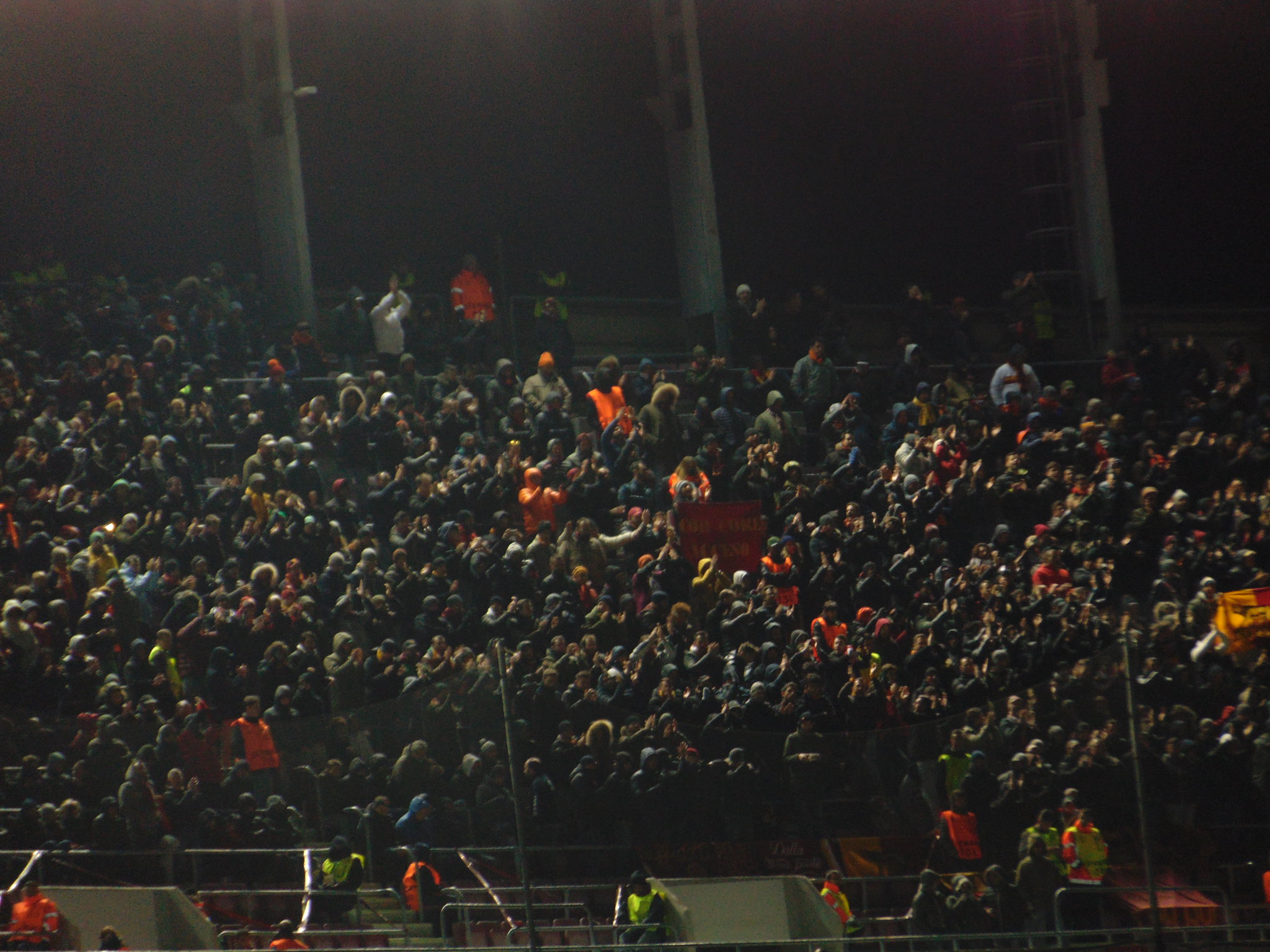 A section of the Roma fans in the top tier

An absolutely incredible stadium, and with Barca currently the greatest club side of my generation, to see them turn it on and win 6-1 on my first trip was an absolute privilege.
Camp Nou Photos
Posted by Unknown at 08:31