A  very easy drive from the North West, join the A75 at the end of the M6, and that near enough leads all the way to the ground. Its not signposted at all, but following brown signs for the Ice Bowl will take you straight there. There is free parking at both the Ice Bowl and the QOTS Arena next door, and not that bad for getting out either. 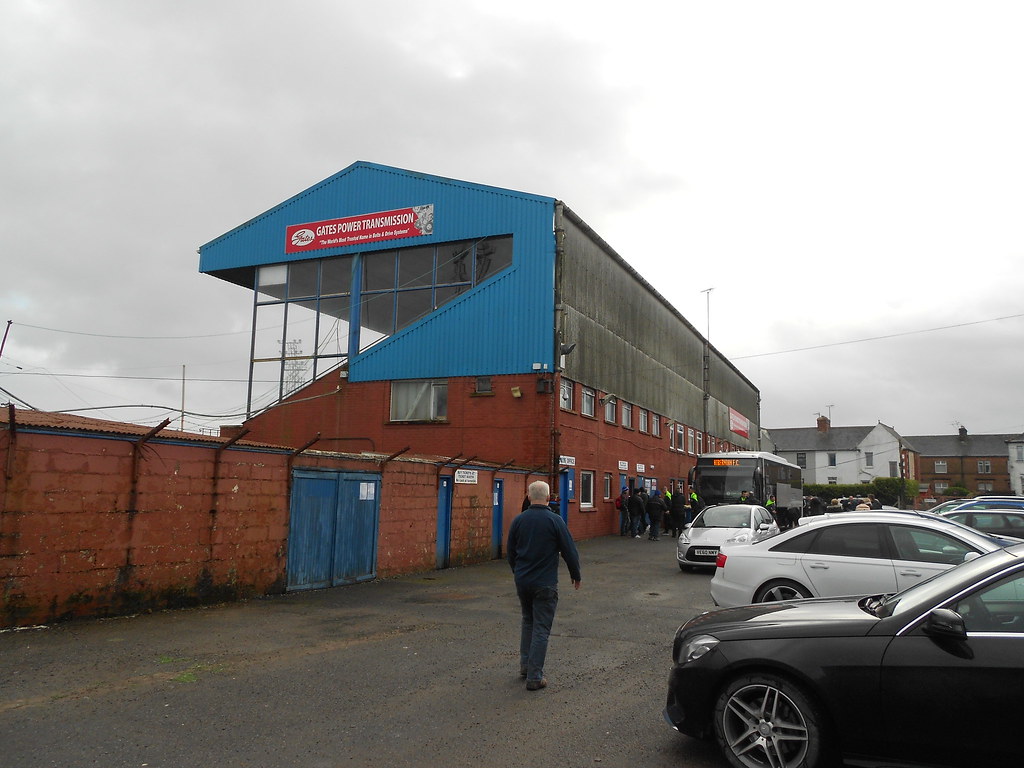 Not a whole lot at all near the ground. The Arena had a cafe inside which seemed popular, and the lounges at the ground are open for both sets of fans. (And being in Scotland, of course sell Irn Bru!). Other than that, not much. Eat before you go in the ground, the scotch pie I had was utterly vile, and a lad next to me sarcastically made a complaint to a policewoman about paying £4 for such a disgusting burger! 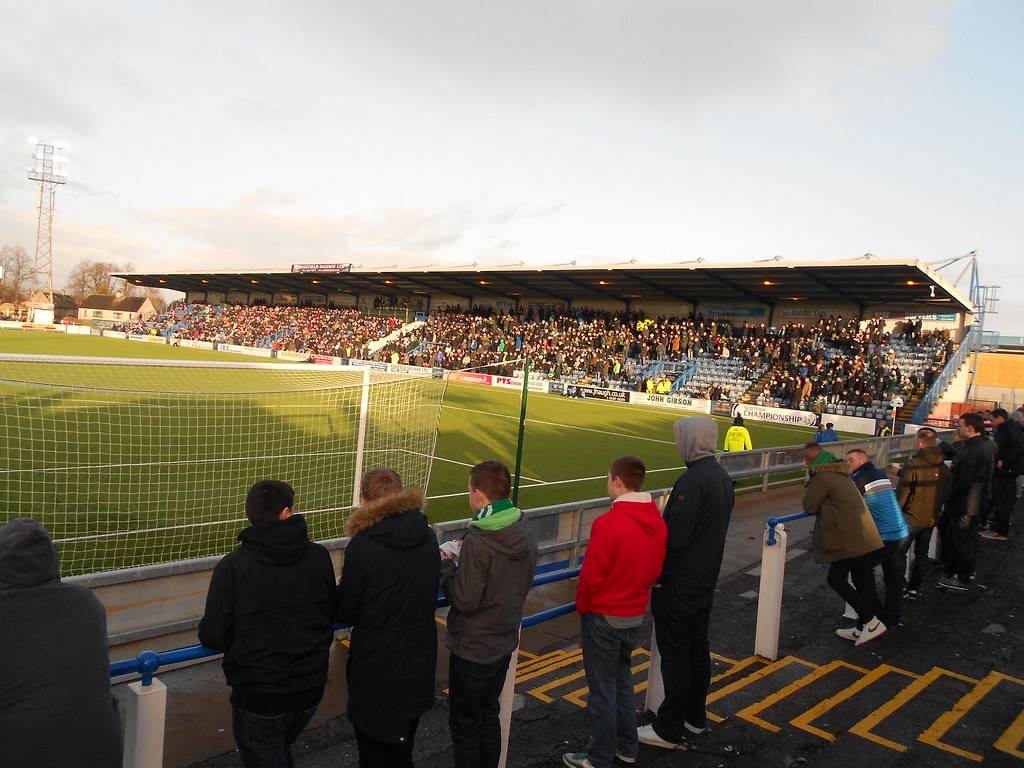 Queens and Hibs fans in the all seater East Stand

Very old school barring the new all seater Rosefield Salvage Stand. The old fashioned Main Stand is opposite, with terracing behind both goals. The covered Portland Drive Terrace is the largest remaining terrace in Scotland for the home fans, while the away fans have the joys of the uncovered Terregles Street Terrace. Away fans also have a large section of the seats in the Rosefield Salvage Stand. 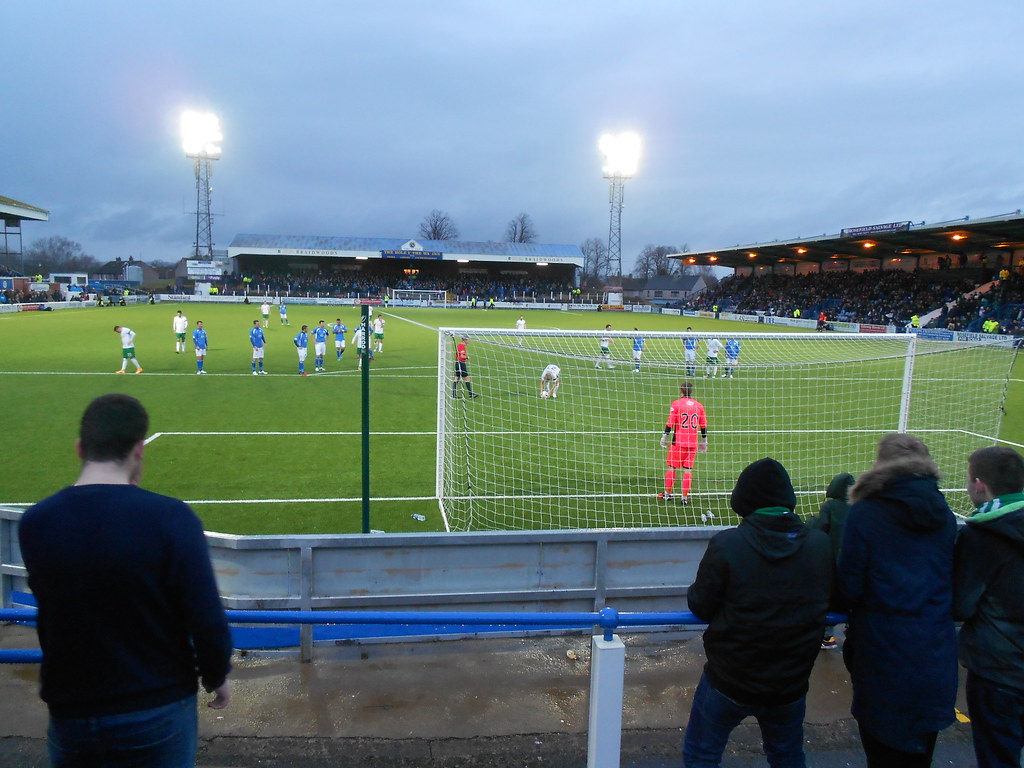 The Portland Drive Terrace, as Hibs prepare to take a penalty

Awful, it really was. QOTS fans had a drum and were a bit noisy at the start, then silence for much of the game, while the Hibs fans never made a sound until they scored, and even then it didnt last long. 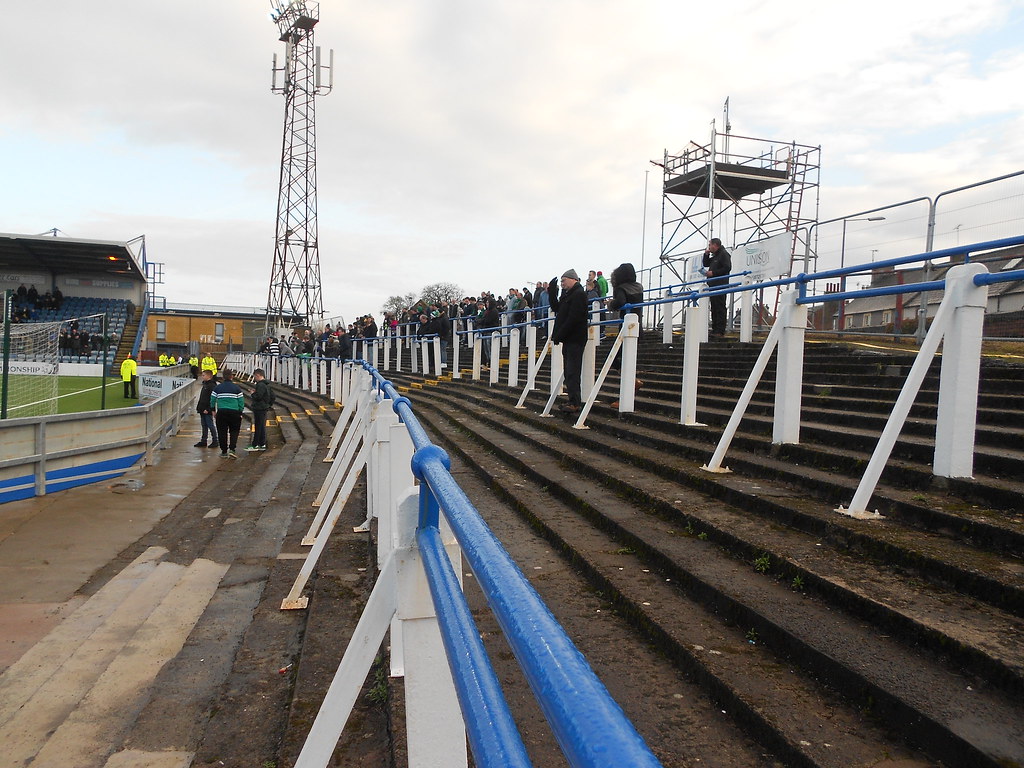 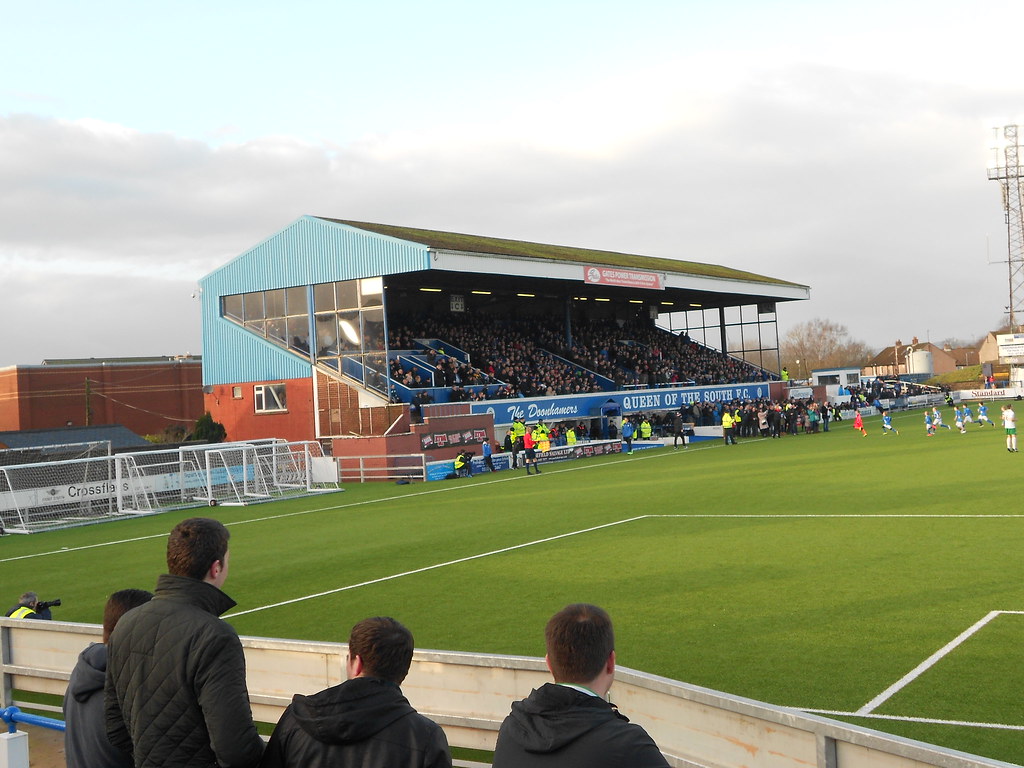 Reminded me of Wycombe, terrible location, but a lovely interesting ground with 4 different stands and a ton of character.
Palmerston Park Photos
Posted by Unknown at 06:11