Went on a package day trip as it was the only way to afford it, so we were bussed from Basel Airport to the ground early in the day. From the ground, it was just a short tram ride to Barenplatz, where the Everton fans gathered for most of the day. Barenplatz was only one stop away from the city's main train station, so everything was fairly central and close together, while the trams were about every 6-7 minutes. There is a tram stop just outside the ground, but on the way back to the ground before the game, police asked the away fans to get off at the stop before and walk to the ground via Sempachstrasse, so we approached the ground from the away end side. Could still walk around and mix freely, suppose it just stopped us all arriving at the home end of the ground where all the bars were en masse, which was fair enough. 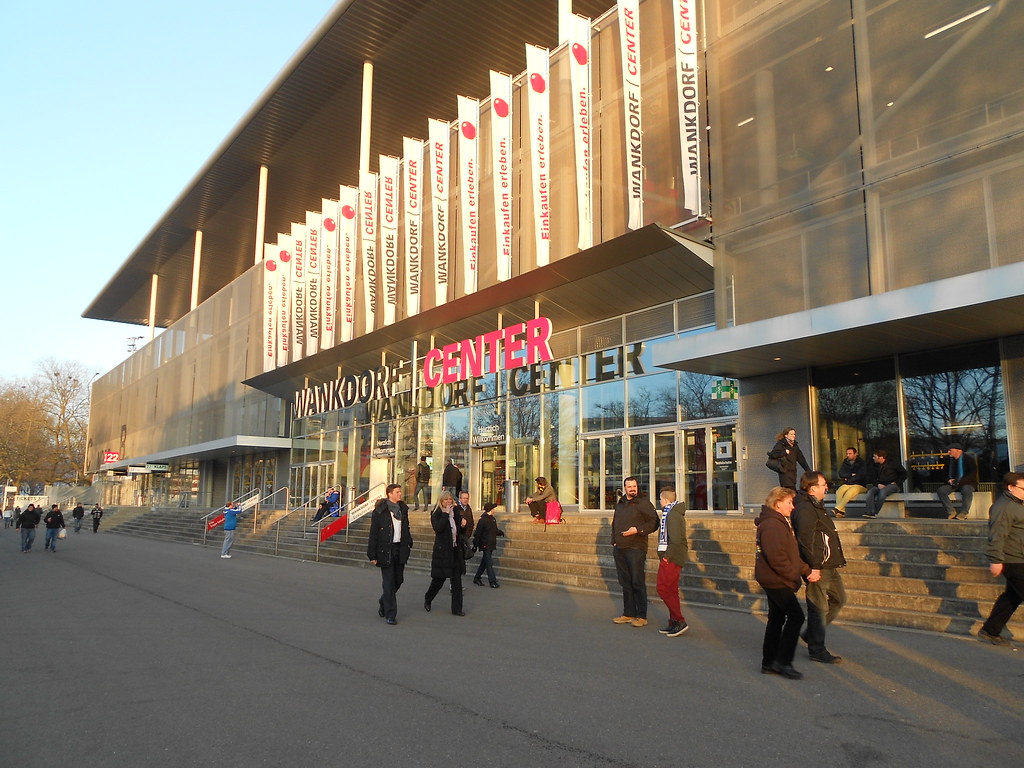 There were some bars and even a shopping centre on site at the ground, but obviously being a short walk from the city, the choice was endless. We had some homemade goulash at one of the bars in Barenplatz, and couldnt have done any better! Not as expensive as I expected either. 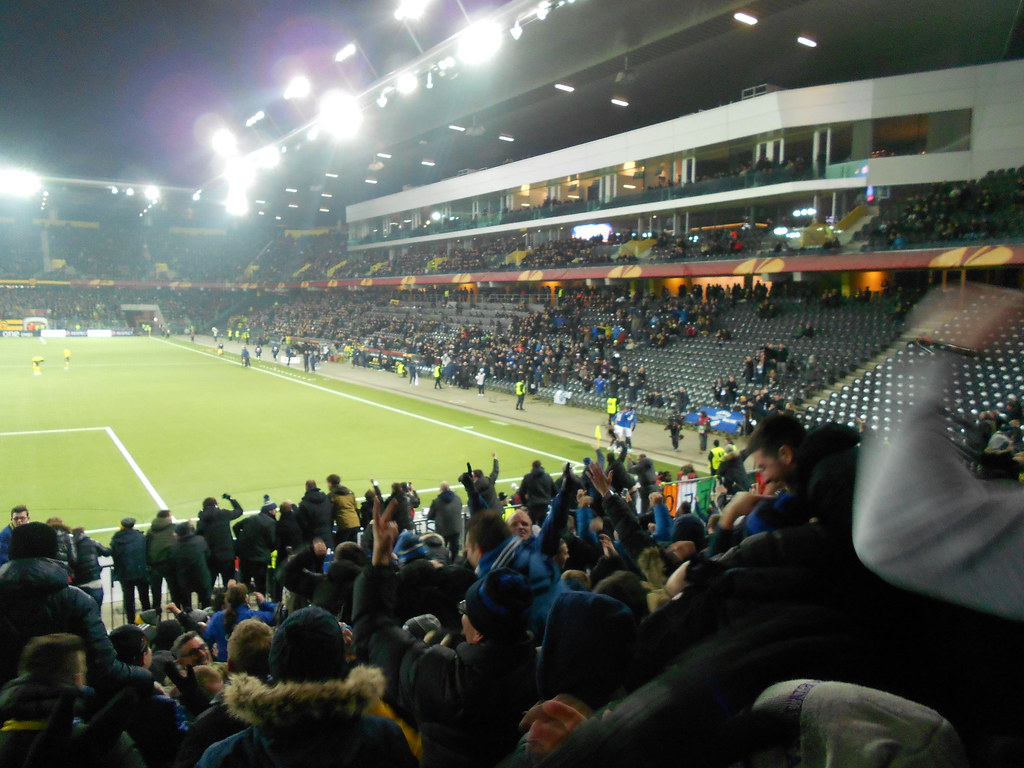 Terrible on the outside, there is more branding for the shopping centre inside it than there is that its a football ground! Inside is very good though, the obligatory fences and netting, but the views are good all round, with some difference on the main stand side. We were given the full end behind the goal, I was in the lower for once at a Euro away!

Blues fans in the Nord

Very good, despite being half empty. Their ultras behind the goal were non stop, while our end were buoyant all the way through. One of the better atmospheres Ive seen anywhere. 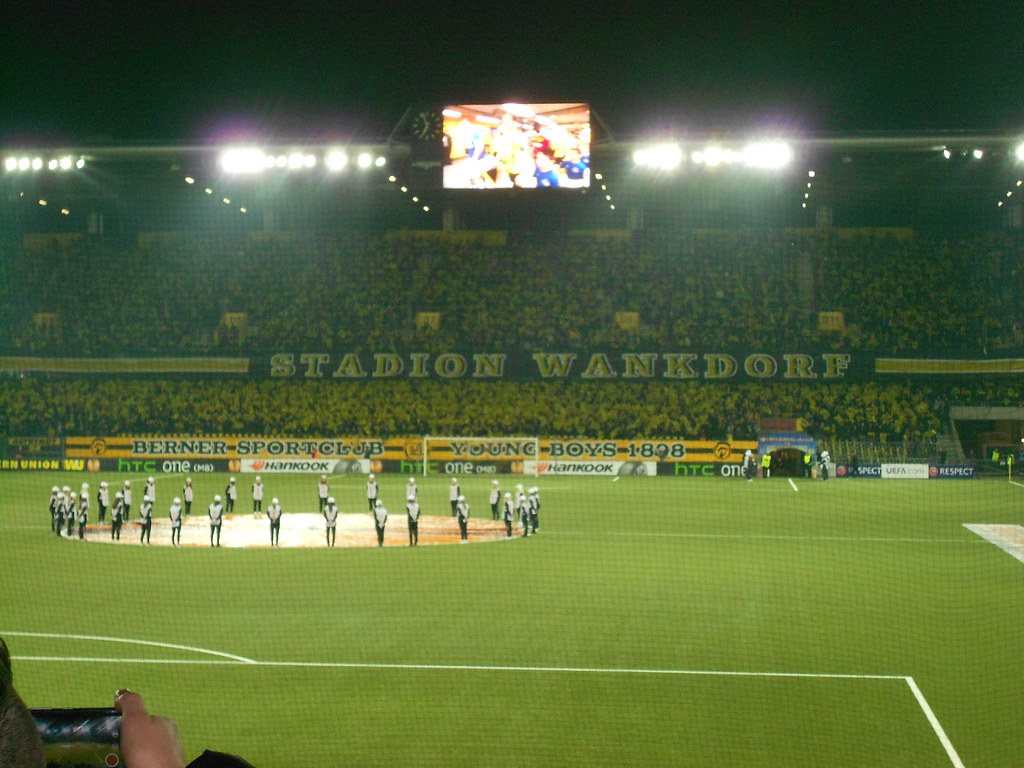 Young Boys ultras in the Sud

Bern is a German speaking city, and seemed to reflect that with the attitude of the place. It was definitely more Wolfsburg and Nuremberg than Lille. Laid back, good locals, no over the top policing and stewarding, and a lovely city to spend some time in. The ground, although being rebuilt, has a lot of history too, having hosted the World Cup Final and European Cup Final in its previous guise. Im not sure too if it is the original or a replica, but there is a old fashioned clock and scoreboard outside the ground like the one at the old Wankdorf stadium. 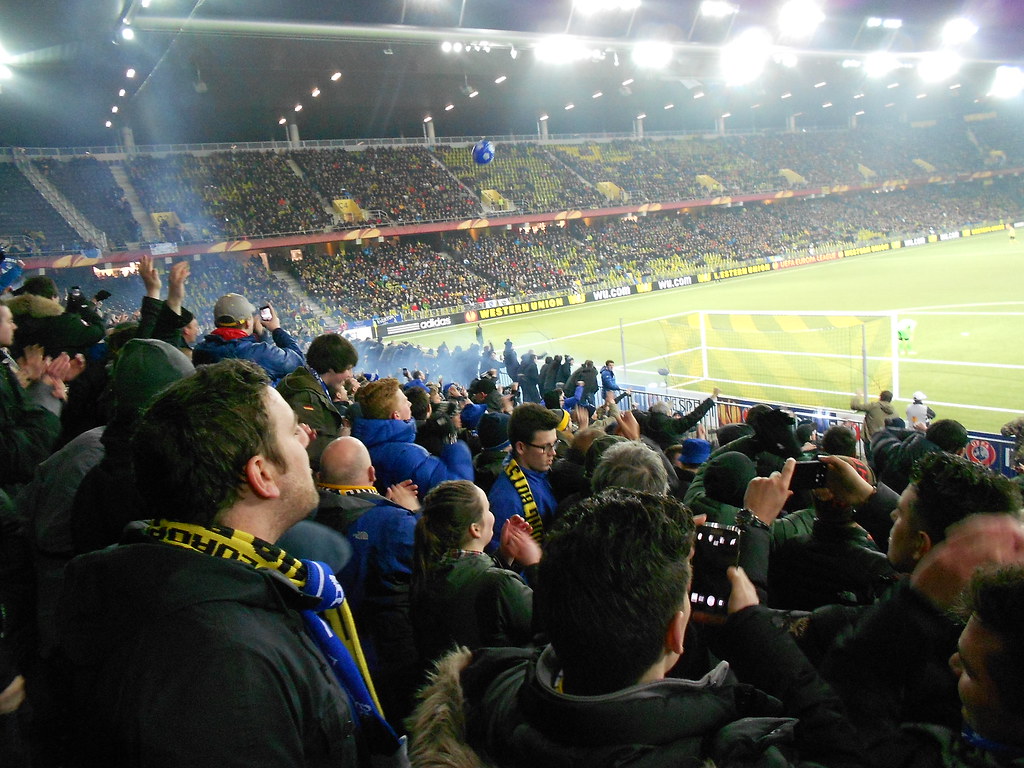 The Est as Blues fans celebrate

Another new country visited, and like Germany, they do a lot of things so much better than we do. A trip well worth it, even before the match kicked off.
Stade De Suisse Wankdorf Photos
Posted by Unknown at 07:11