We stayed in Berlin so got the train to Wolfsburg. Couldnt be better, the train passes the ground and can be seen from the station on the other side of the river. About a 15-20 minute walk, all signposted the second you leave the station, which is only a few minutes walk itself from the city centre. Could barely be in a better location. 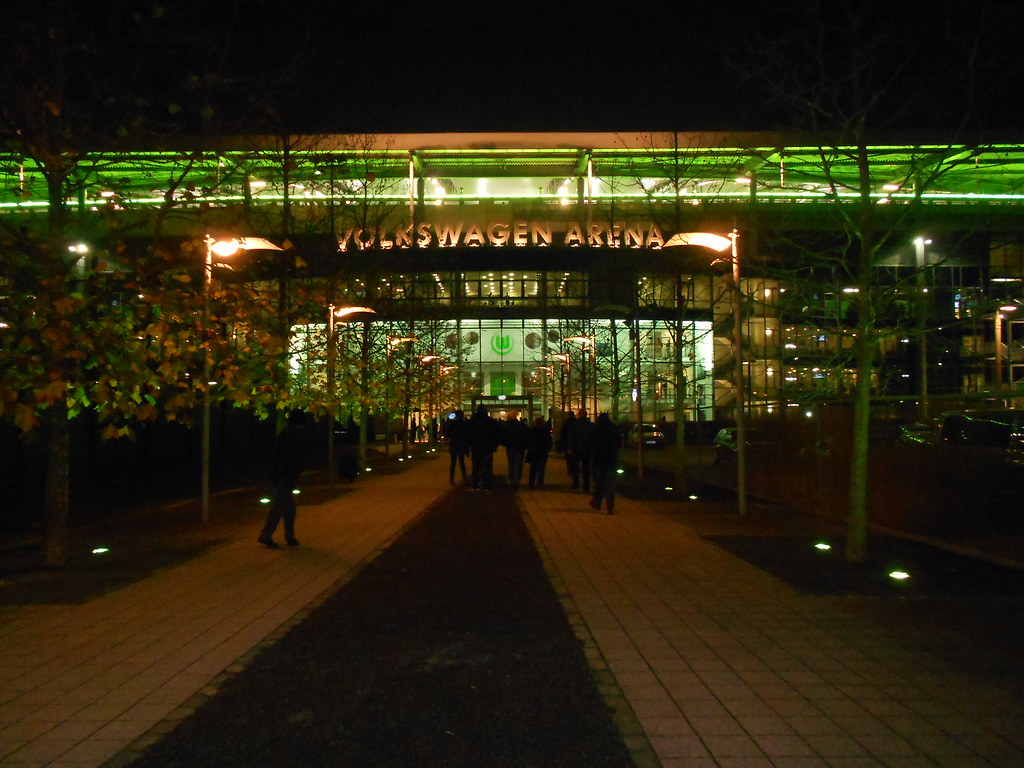 The Volkswagen Arena, all lit up

Wolfsburg as a city took a bit of a battering since the draw was made, a lot relating it to my own home town of Skelmersdale but on a larger scale, as a relatively new town with virtually nothing to do. Hence most Blues fans stayed in Hannover or Berlin. Didnt think it was that bad though, a much smaller city than those two, but very modern and plenty of places near to the station to eat and drink. We spent most of the afternoon the day of the game in a big Spanish bar called Celona (Bar-Celona...get it?) Big inside, rammed with Everton fans, but still roomy enough that you get a seat and something to eat. And the staff were on fire, basically wait service, so none of the usual endless scrum at the bar just to get a drink. They also did possibly the best tapas I think Ive ever had. The place cant be recommended enough. 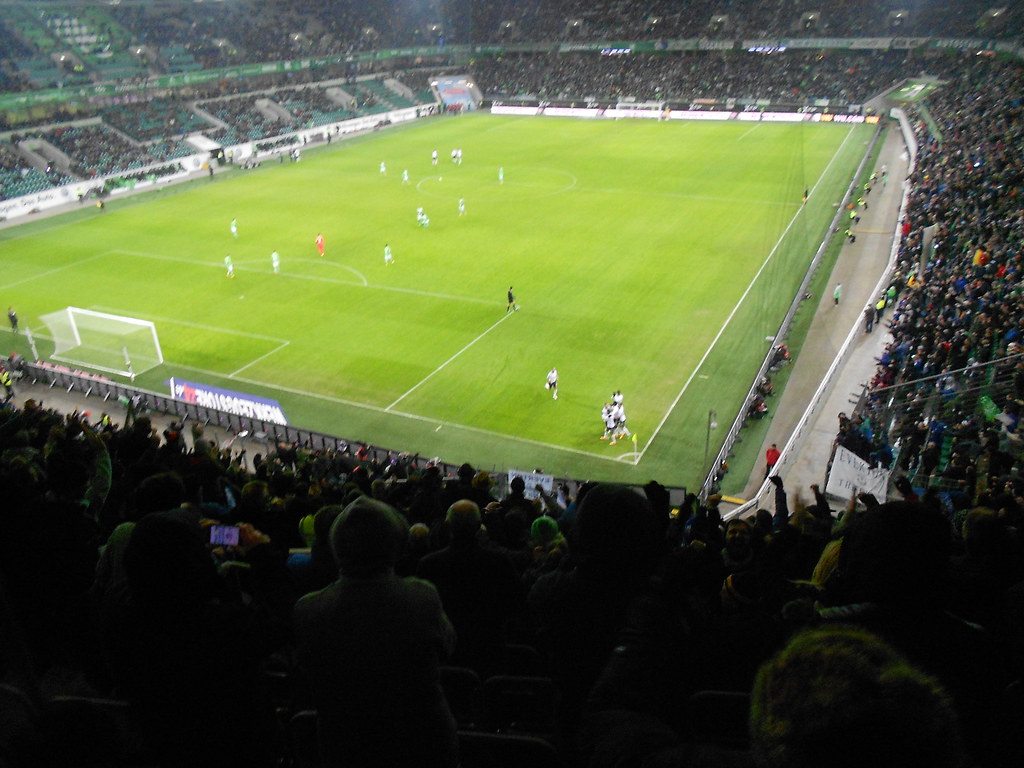 A flawless view of Lukaku giving us the lead!

I like the ground, very unique and striking from the outside, the green lights add to the whole place too. The lower tier has those safe standing rail seats, but being a European game, were locked in the seated position against us. It also had quite a large fence though, which I imagine was very intrusive. We were in the upper, views absolutely flawless. 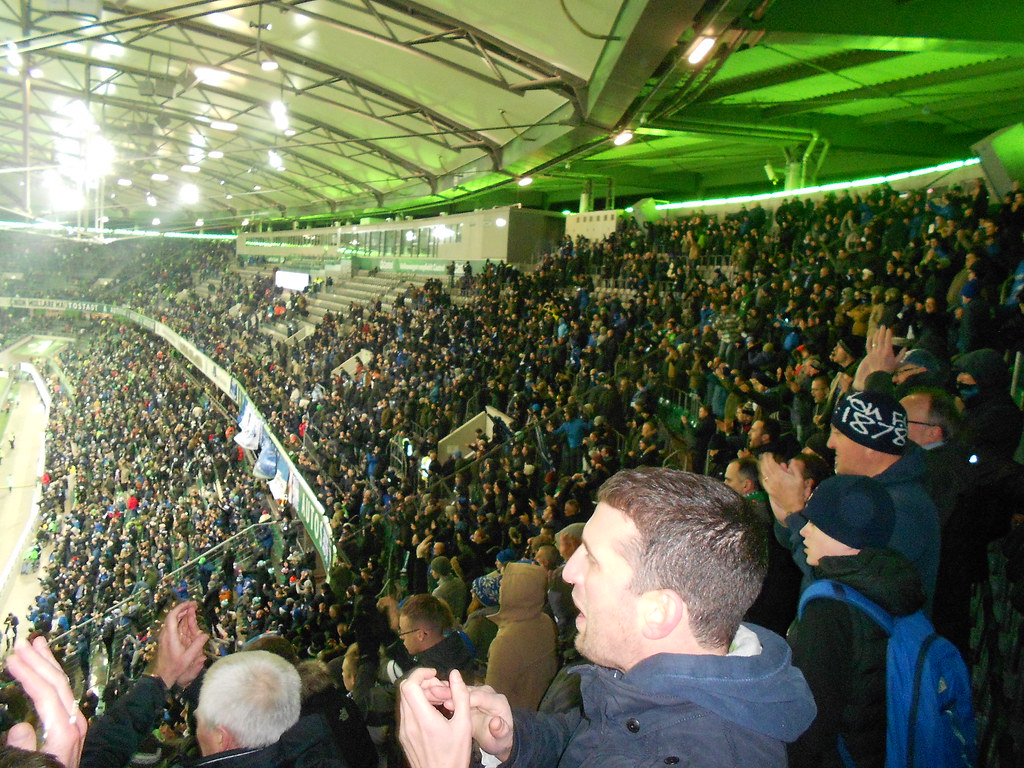 The Germans like their ultras, the whole Nord Kurve was packed and noisy throughout. The whole ground was excellent for making a noise though, as it was absolutely bouncing in the away end as well when it got going. The atmosphere in and around the ground all day and night was excellent. 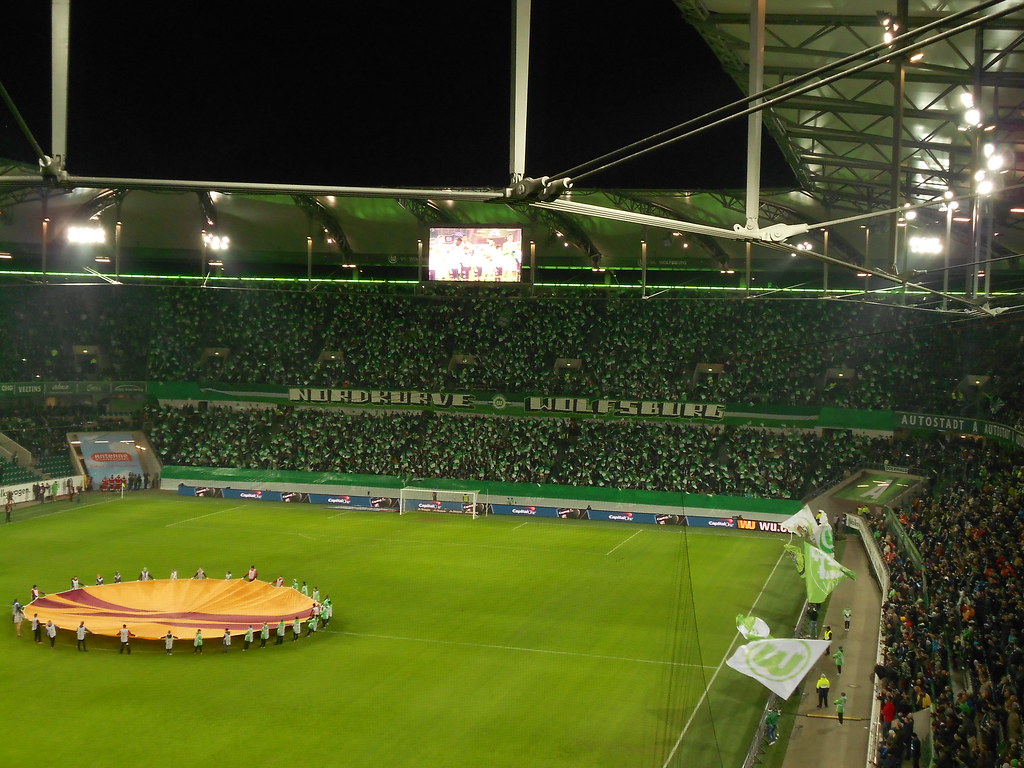 A bit of a different welcome to the one we got in Lille. Bit of a jump to go from near sexual assault by stewards and robocops, to a couple of ordinary bods in yellow jackets who were joking around with you while they're checking that bulge in your pocket actually is your wallet! The police were the same as they were in Nuremberg too. A presence, you knew that if anything kicked off, they'd be on you, but that was it, just a presence, a reminder to behave. And it was never needed, we werent even kept in the ground afterwards, and even in the city waiting for the train back to Berlin, fans were still mixing just fine. 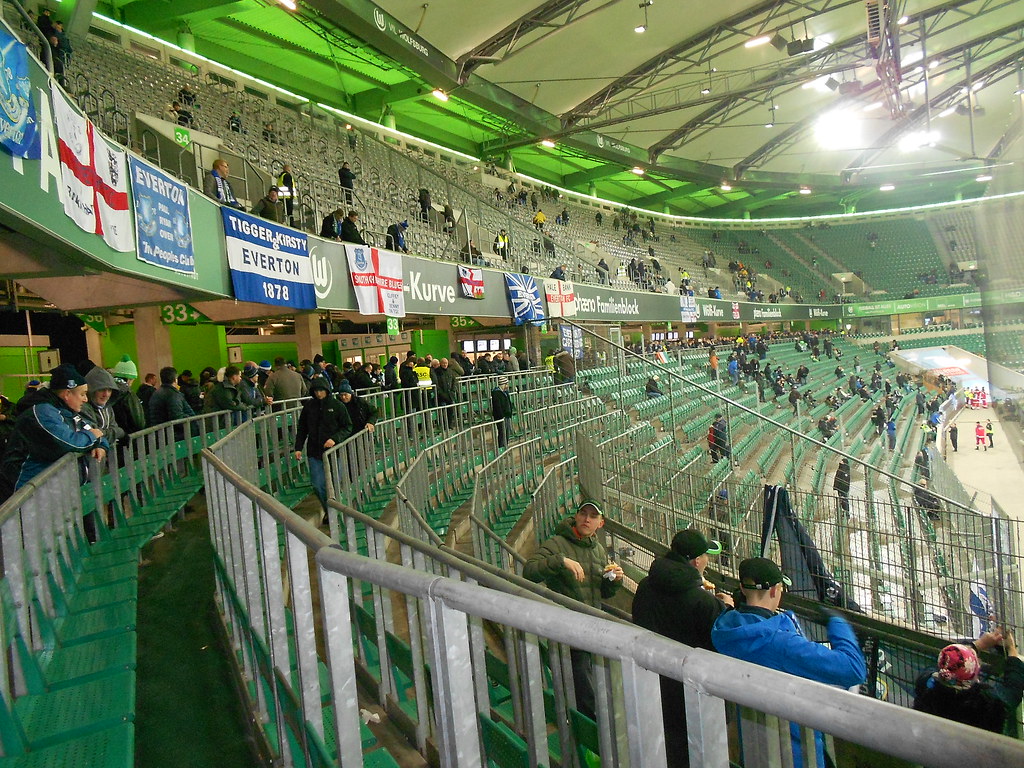 The Sudkurve housing the Blues fans

My second German ground, and the experience was good as the first. Quite simply, they do football for the fans so much better than we do. And everyone has a good time for it. A ground worth visiting.
Volkswagen Arena Photos (Plus some from Berlin, including Hertha BSC's Olympic Stadium)
Posted by Unknown at 10:53