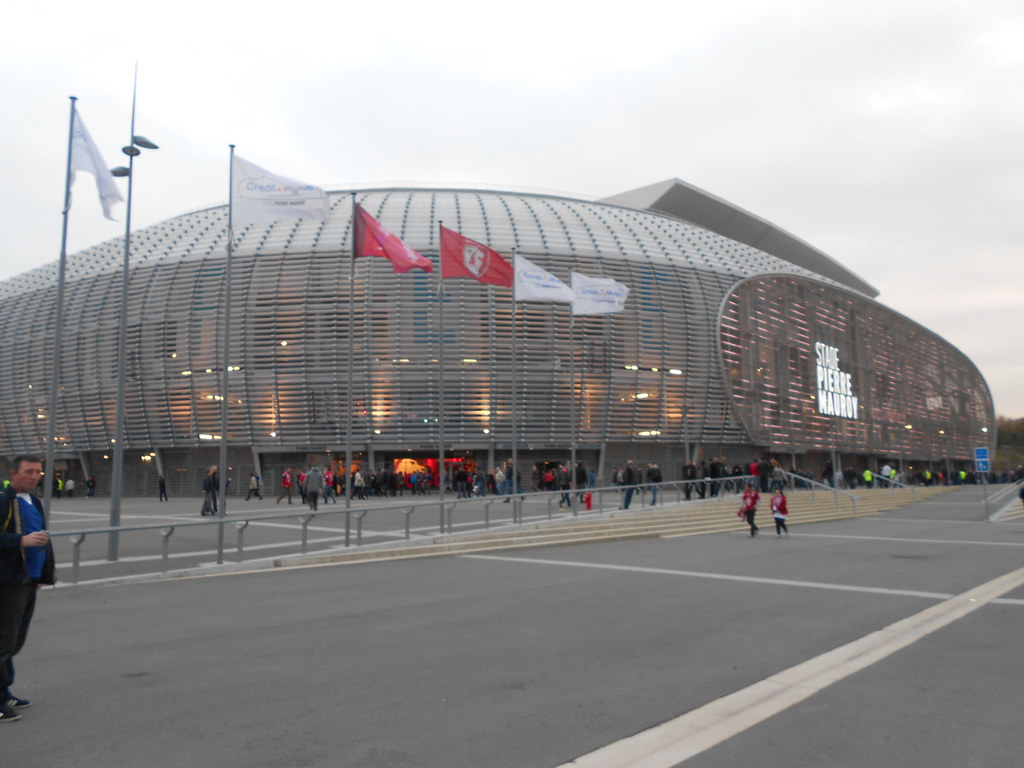 Dont bother inside the ground. Dont sell half the stuff they say they do, then their idea of a chicken panini was a half cold food poisoning on a baguette. The ground has quite a few food outlets opposite the away section, I wouldnt definitely recommended taking in one of these before you go in. There are several hotels next to the ground too, which all have bars they are happy to let fans use.

The centre of Lille the afternoon of the game!

Brand new and state of the art, reminded me of a mini Wembley. And all the views are fine too...as long as you dont happen to be next to one of those enormous fences that European clubs are a big fan of erecting next to the away fans. Luckily for us, there was absolutely no steward organisation in the away end at all, with stewards openly telling fans to 'go where they want.' So I spent the whole game stood up at the back so I could see over the fence. Like Wembley, it has a large corporate section situated between the two main tiers of each stand. Also like Wembley, it was half empty for this game. 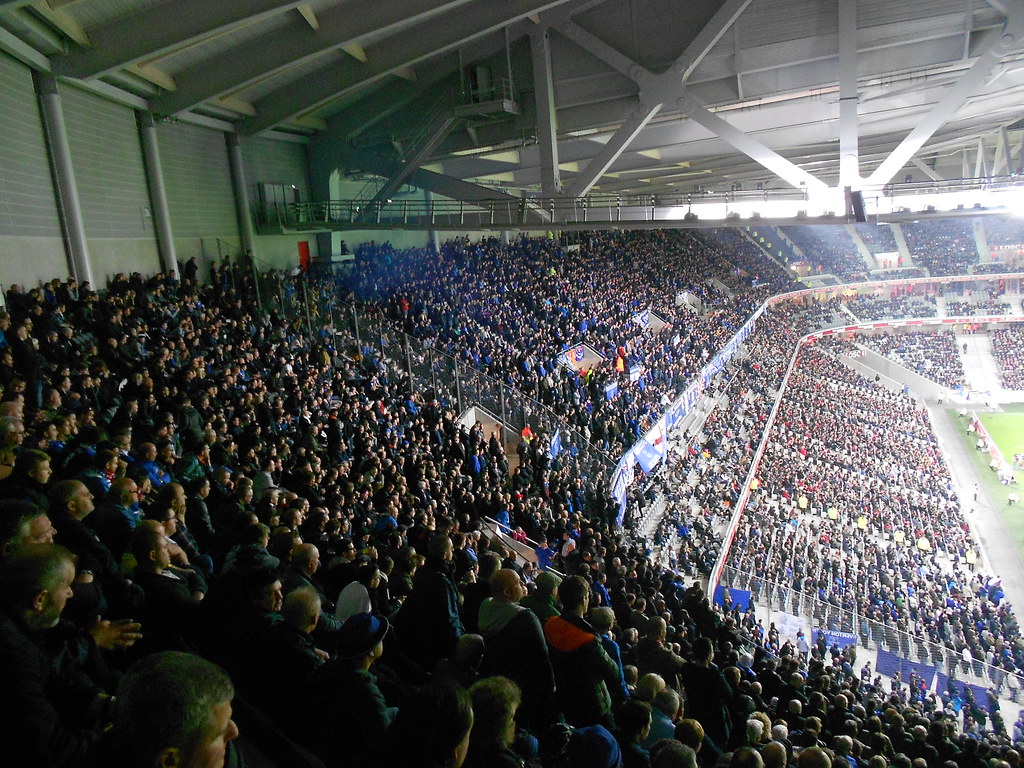 Lille fans do that really irritating European thing where they have some dullard on a megaphone droning away and getting shouty responses from the rest of the 'Ultras.' No doubt they made more noise than most English grounds do, but whats the point when its so stilted and choreographed? We had thousands there all over the ground. Not as good from us as it should have been. 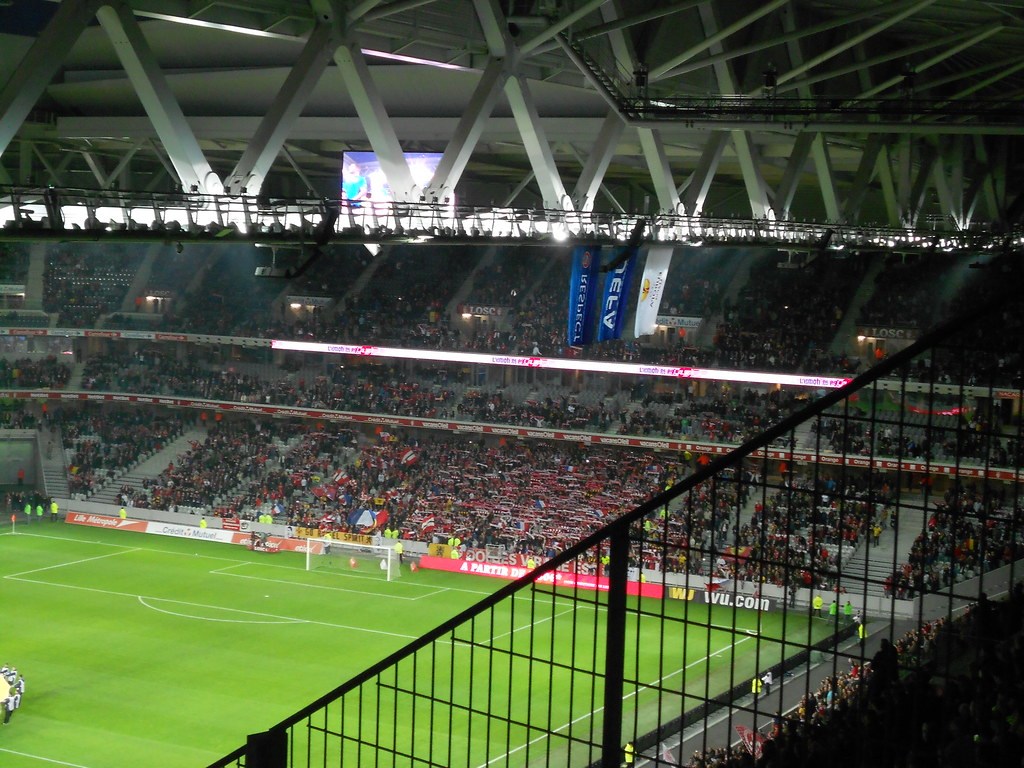 Lille ultras in the Nord

Same old French and their police treatment of English fans. I go into a lot more detail on my other blog here. An absolute joke. We were also kept in for about half an hour after the game to 'allow the crowd to disperse.' There were still thousands of Lille fans milling about and buying food outside when we finally got out. More like we were kept in to 'allow the riot police to get into position to try and intimidate us some more.' Scumbags. 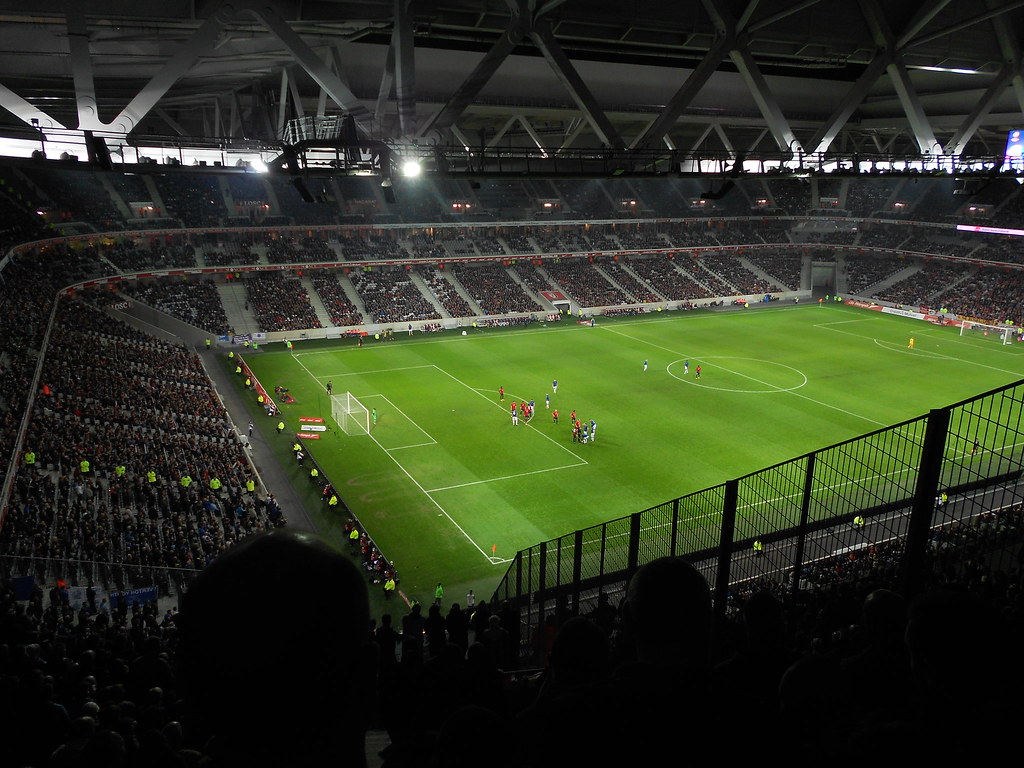 General view from the back of the upper tier

The actions of the police, and the enormous fence blocking half my view really soured the experience. Probably a nice ground to visit if you're not English or in the away section.
Stade Pierre Mauroy Photos
Posted by Unknown at 05:05