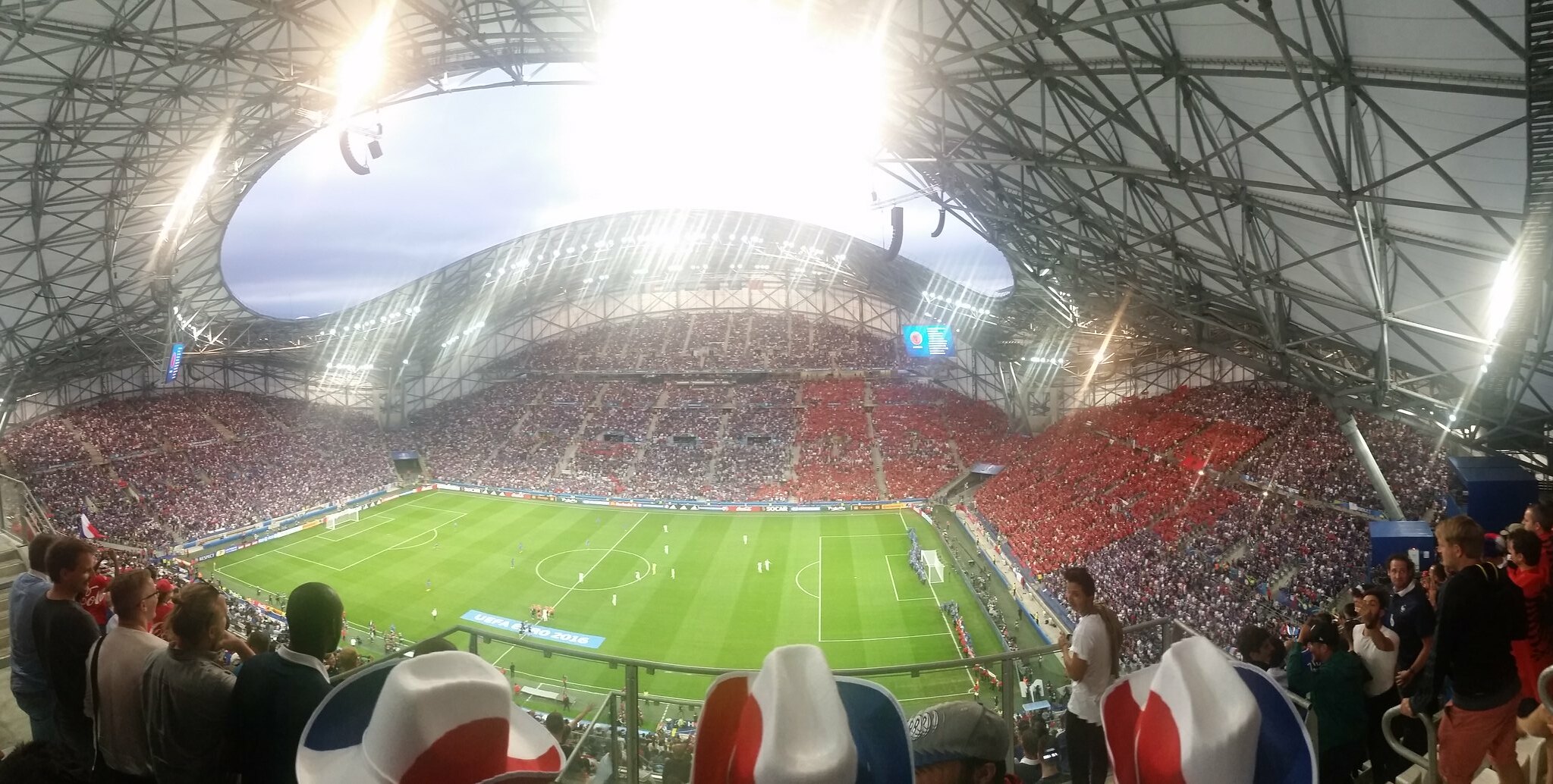 Marseille has a pretty thorough transport network, the number 2 metro line has two stops within 5 minutes walk of the ground. 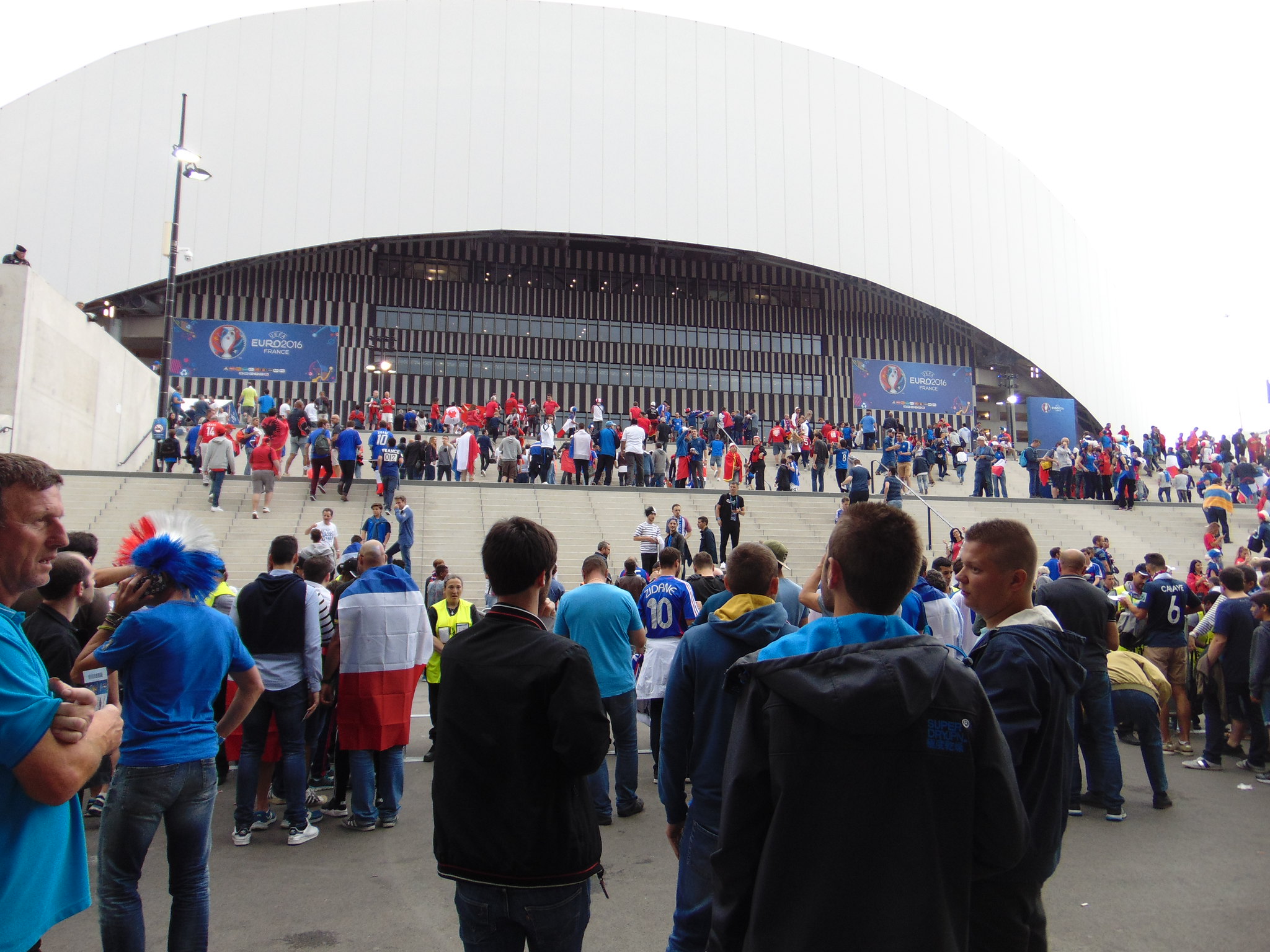 Never ate anything in the ground, but they did have guys walking around the ceowd selling beer and coke! The Vieux Port in the city has loads of bars and places to eat and is only a couple of stops away from the ground on the metro. Loads outside the ground too.

Increased security outside the ground

Despite recent redevelopment, the Velodrome's curving ends are iconic. Both sides are now a bit more symmetrical, and it's an absolutely breathtaking venue. Our seats were actually classed as restricted view, but the only restriction was the barrier at the very front, which actually restricted very little. . 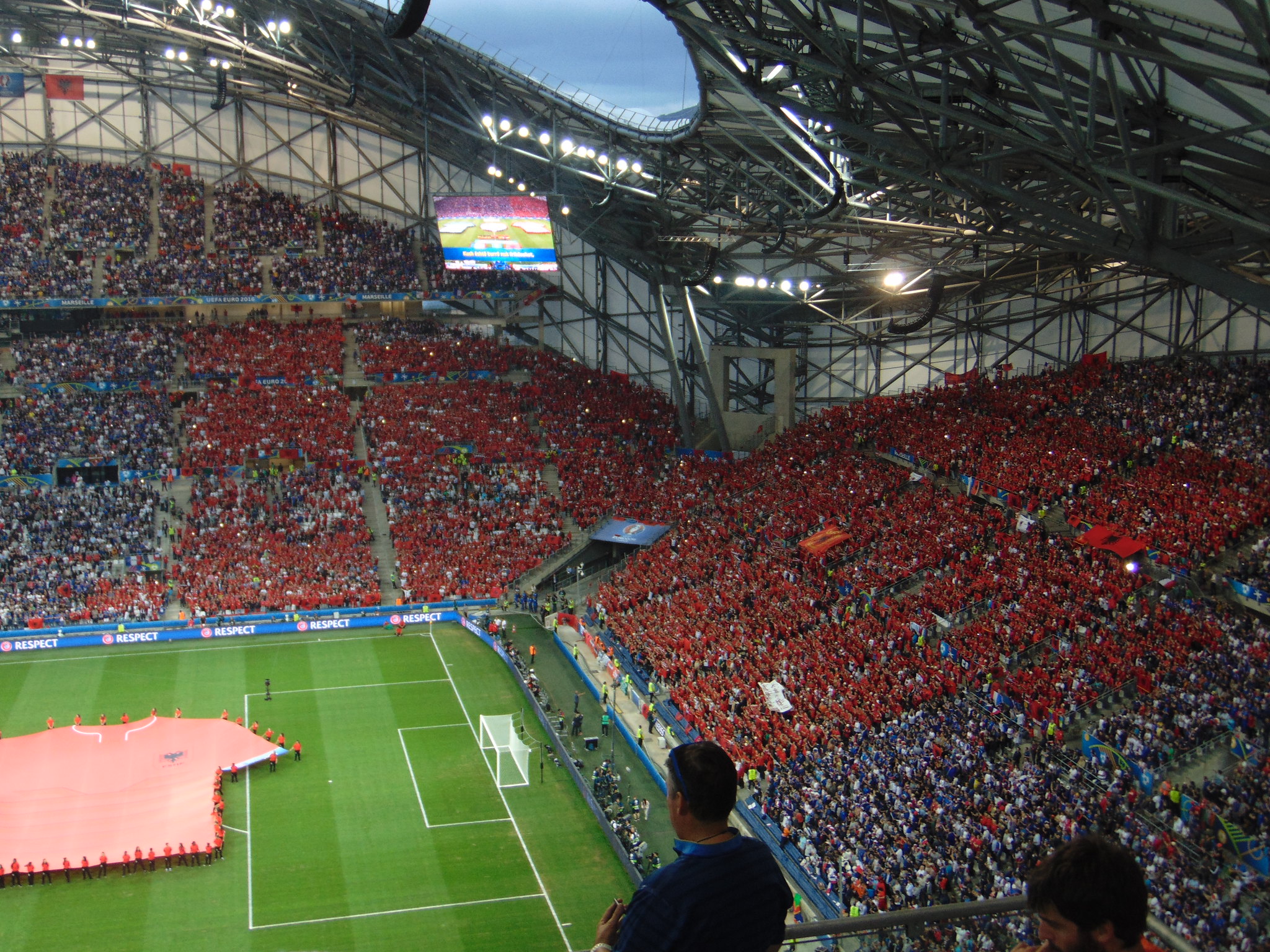 Incredible. Having so many Albanians present certainly helped, but the noise when either set of fans got going was deafening. Watching the host nation singing their national anthem in a ground that noisy was something else to see as well. 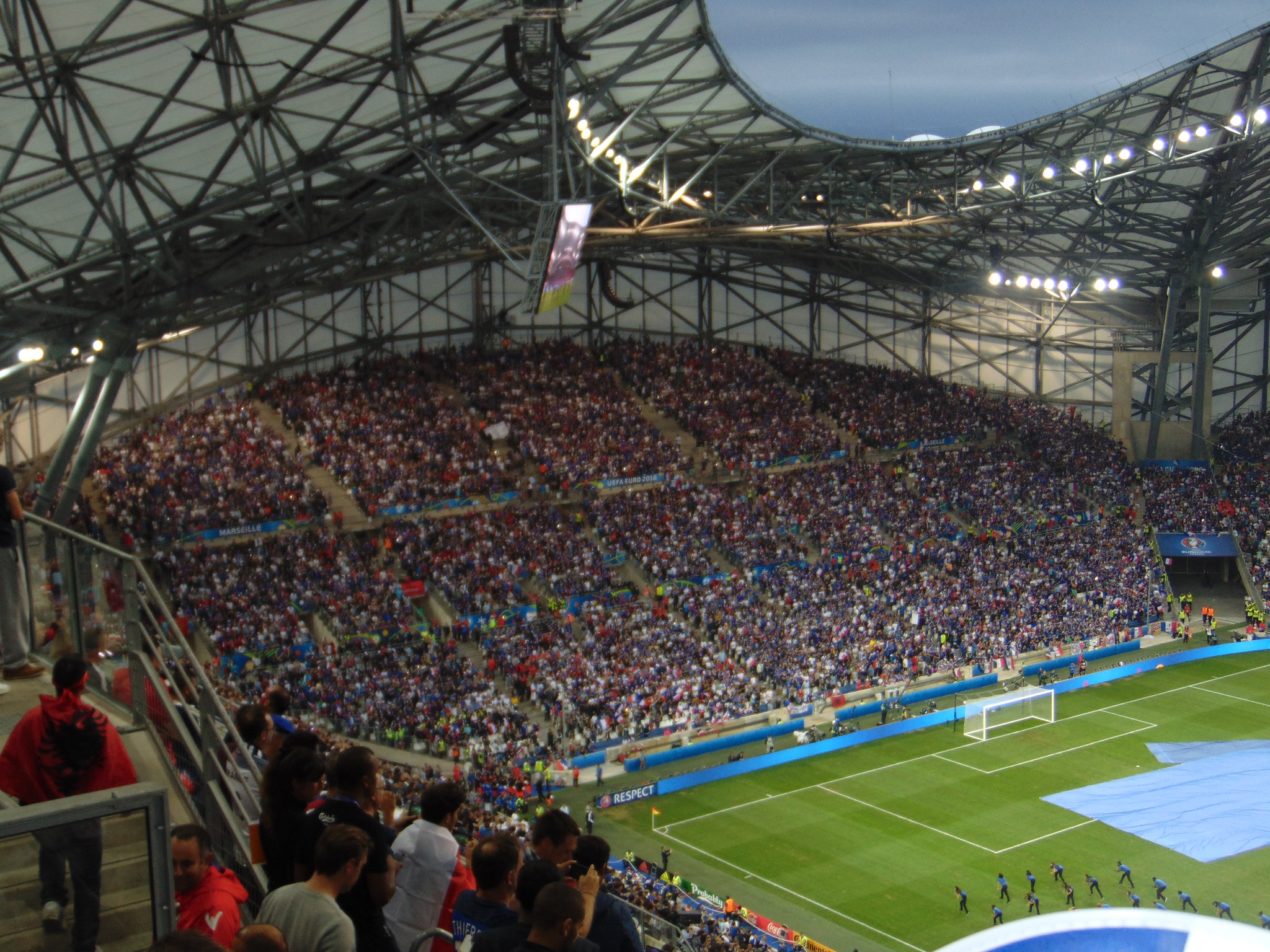 French fans in the Virage Nord 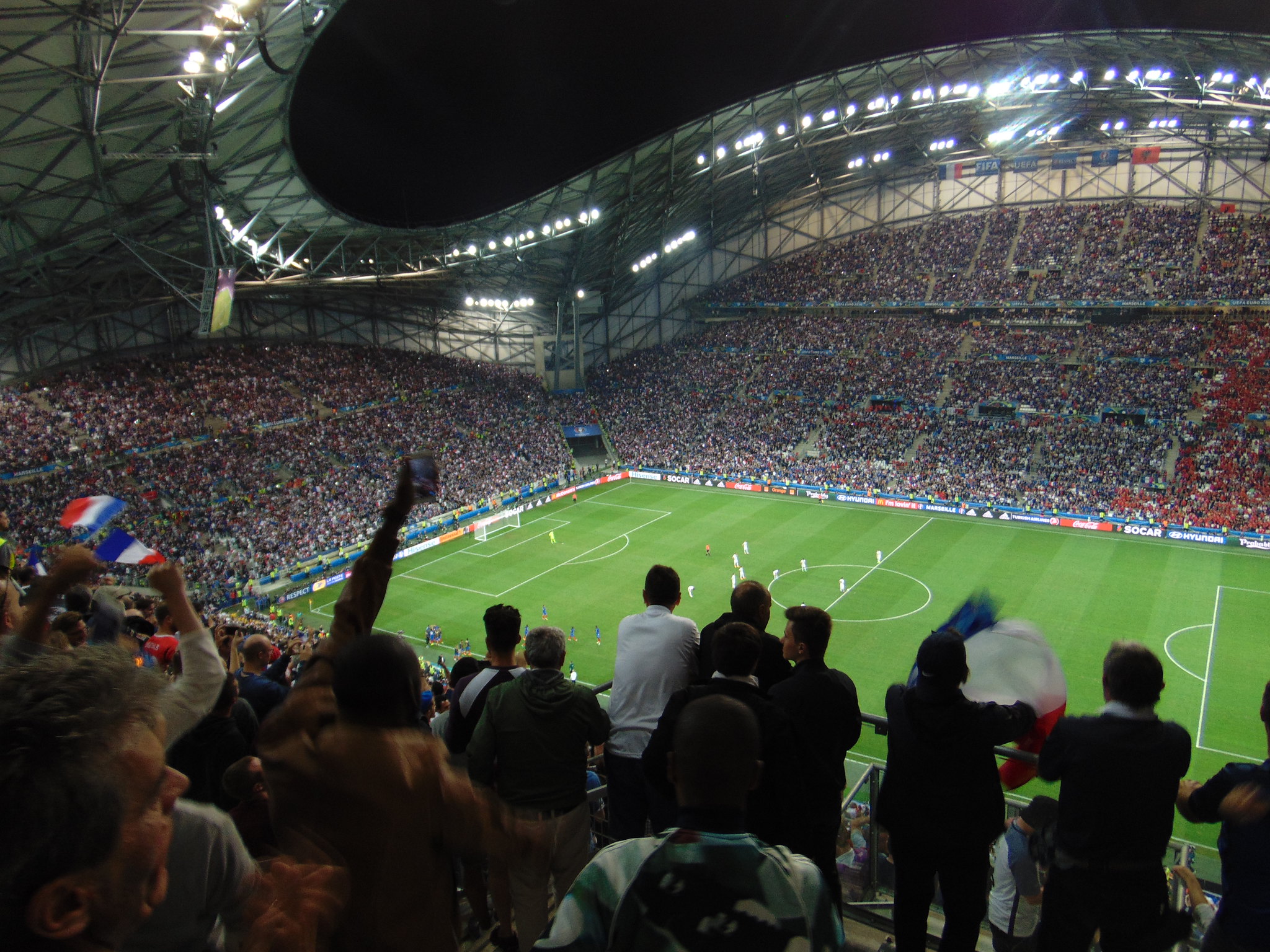 A ground Ive wanted to visit since I was a teenager. Well worth any chance you get to have a trip here.
Stade Velodrome Photos
Posted by Unknown at 06:46