Took advice to park at Shields Road Park & Ride, which is only 3 stops from Ibrox on the Subway. Works out a little pricy with the parking and the ticket, but very convenient. Was back at my car less than 20 minutes after the game ended, despite a bit of a queue for the Subway after.

Loads of catering vans, and a big chippy next to the Subway station, though the queue was a mile long! 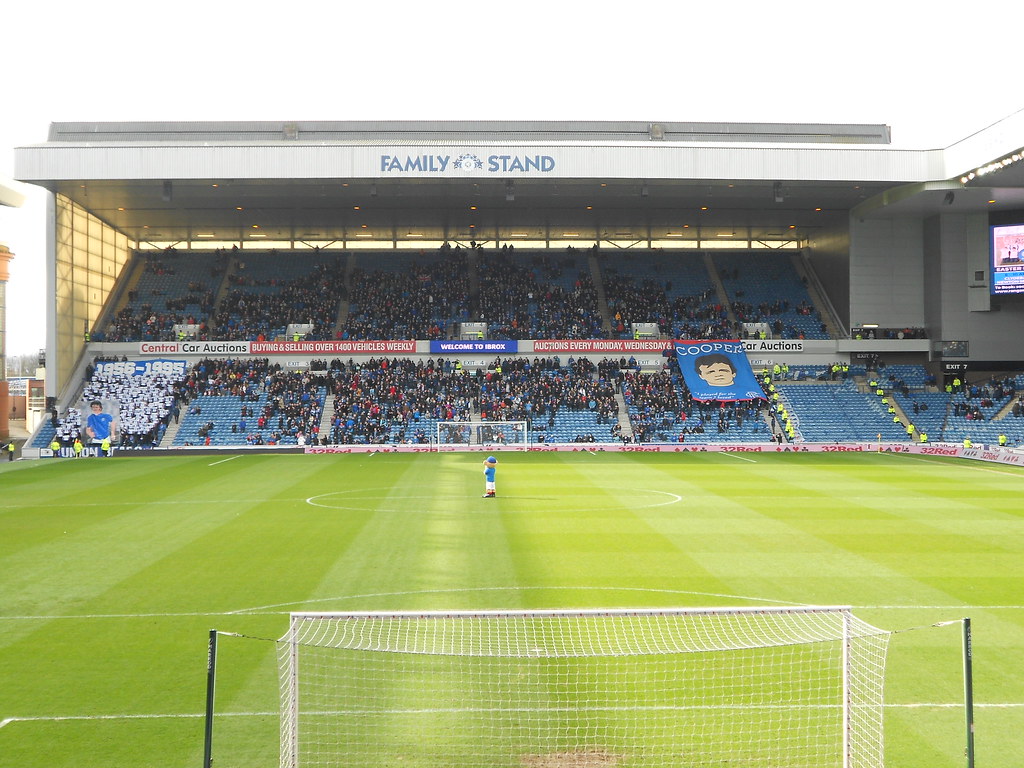 Very impressive inside and out. The Bill Struth Main Stand, with its listed building exterior and triple decker seated stand are a ground geek dream. The other three sides are more uniform with two tiers each with unrestricted views all round. Even with a low crowd and a very few away fans in attendance, the place is grand. 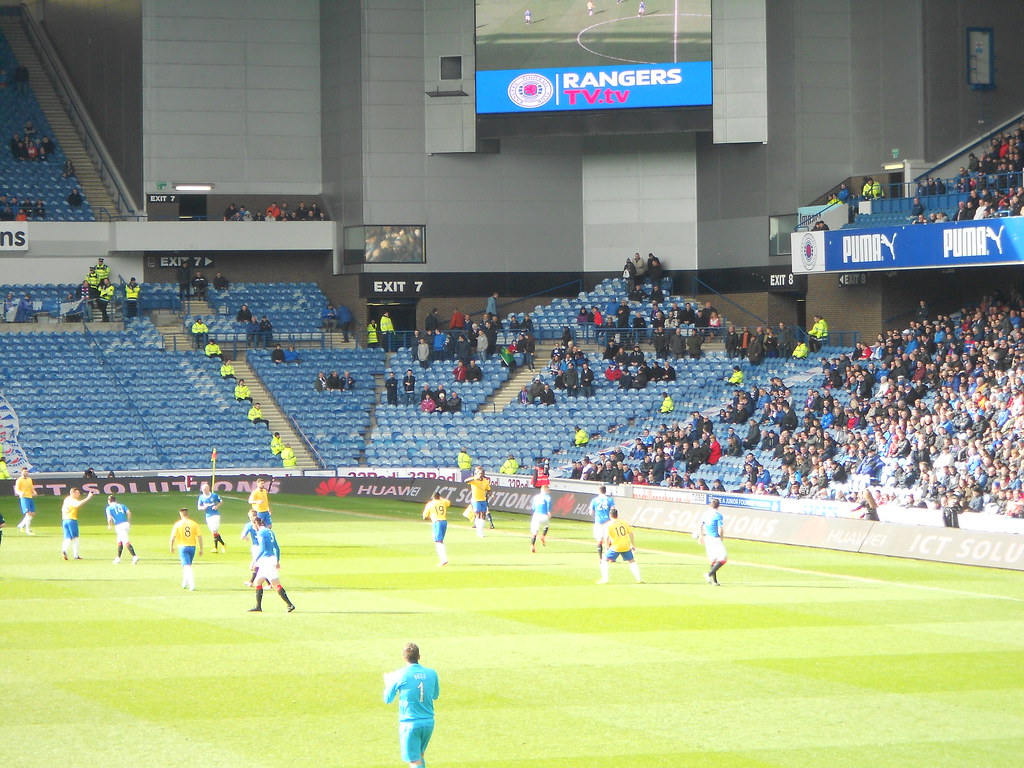 Cowdenbeath fans in the visitors corner

Awful to be honest. Not enough away fans for them to make an impact, silent where I was sat. It seems Rangers have started a little ultras group or two in the Broomloan Stand a la Palace or Celtic. Thing is they seemed to have two very distinct groups sat at opposite ends of the stand, rather than all clubbing together. So while those little groups gave it a little bit of something, neither were really big enough to do anything. 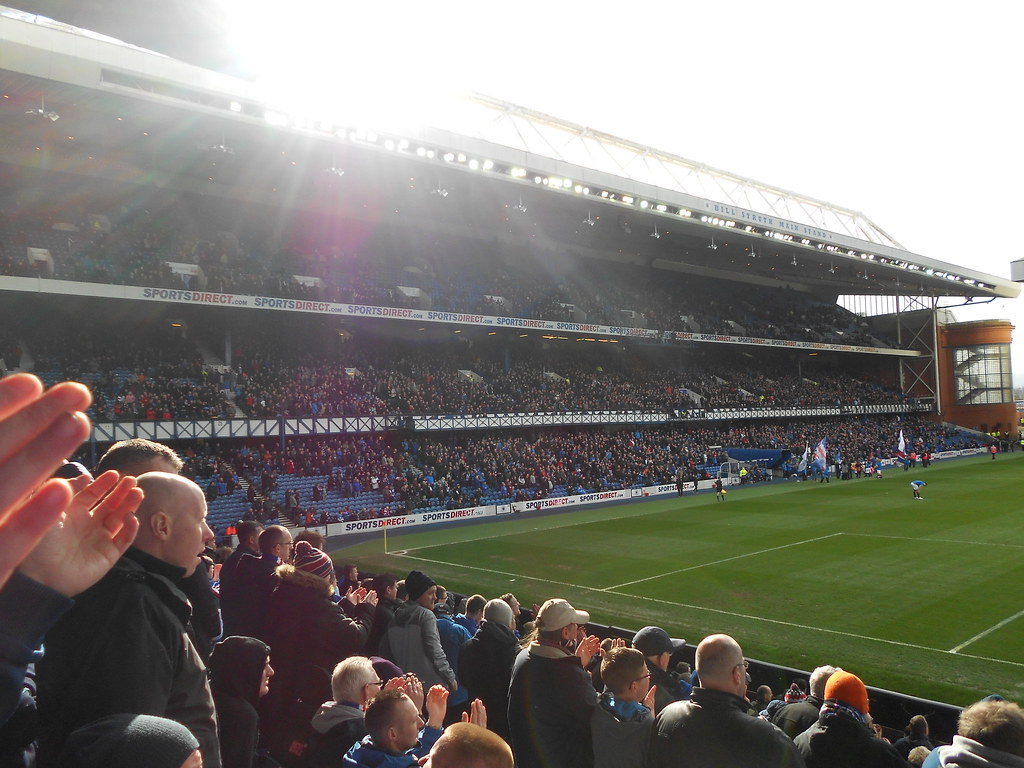 Rangers walk out to Tina Turner's The Best. A little ironic these days I suppose, but as a walk out tune, it's a pretty good one and gets the crowd going. 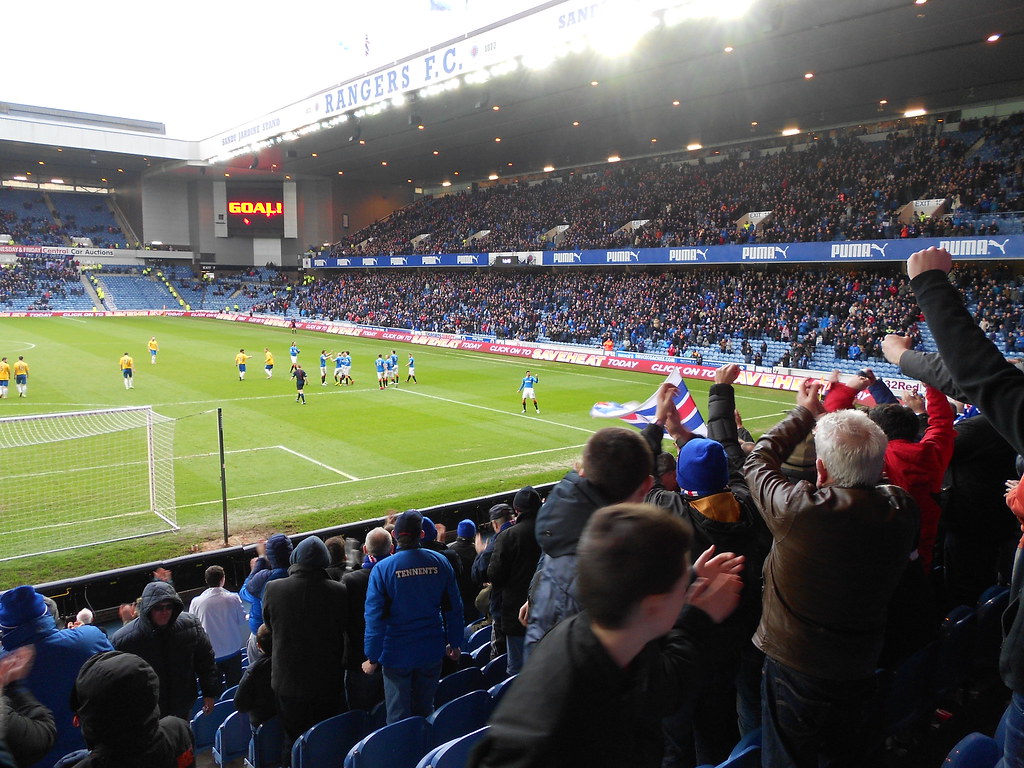 Not a fan of Rangers as a club at all, but its a brilliant ground. Full of history and grandeur. Having now done the big three in Glasgow (Rangers, Celtic and Hampden) I think Ibrox is the more impressive ground of the three.
Ibrox Photos
Posted by Unknown at 16:07